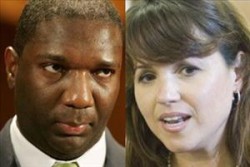 Frank Rich is feeling disillusioned about the Internet. Specifically the Internet with regards to political discourse in this country. Just a few year ago, notes Rich in today’s column, the nation was filled with hope that all this access the online world provided would result in the sort of political transparency in Washington D.C. previous generations could only dream about. Not so much.

For all the Obama team’s digital bells and whistles, among them a lightning-fast site to debunk rumors during the campaign, Internet-fed myths still rage. In a Pew poll in August, 18 percent of Americans labeled the president a Muslim — up 7 points since March 2009. The explosion of accessible media and information on the Web, with its potential to give civic discourse a factual baseline and hold politicians accountable, has also given partisans license to find only the “facts” that fit their prejudices. Meanwhile, wealthy candidates like Carly Fiorina, the former Hewlett-Packard chief executive running for Senate in California, have become adept at buying up prime Google-YouTube advertising real estate to compete with digital stink bombs tossed by the rabble.

One might argue it’s less that the anticipated transparency hasn’t been achieved than that the country, when confronted with the reality of it, finds that it’s easier to complain in a sympathetic comments section than do anything concrete about it. Nevertheless, Rich is feeling so disheartened that even Alvin Greene is looking good these days.

When Christine O’Donnell ran an ad last week with the improbable opening line “I’m not a witch,” we once again had to marvel at the Delaware primary triumph of a mystery candidate with a falsified résumé, no job, and apparently no campaign operation beyond out-of-state donors and out-of-state fans like Palin “writing” Twitter endorsements…Sometimes I wonder if the most “real” candidate this year is the one most derided by Democrats, Republicans, the news media and late-night comics alike: Alvin Greene…As it turned out, Greene’s résumé actually is more authentic than those of O’Donnell, Blumenthal, Quayle and Kirk. He really is who he said he is — a genuine nobody with no apparent political views. That he drew 100,000 votes — more than three times O’Donnell’s tally in her Delaware victory — leaves you wondering if he’d have a shot at the presidency had he only been on Facebook.