From One Proud Gun Owner to Others: It’s Time to Reinstate the Assault Weapons Ban 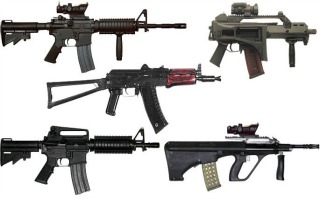 In the aftermath of the worst mass shooting in U.S. history in Las Vegas this past week, I’ve been struck by the clear resignation of a society faced with an increased threat of the violence that comes from more mass shootings. Like so many other parents of young children, I’ve long worried that If gun control legislation couldn’t be moved forward by the Sandy Hook tragedy, then the massacre of dozens of country music fans on the Las Vegas strip certainly isn’t going to move the needle on gun safety either.

On the other hand, I have also been moved to scream from the highest mountain that the time has come for urgent action. Maybe it’s that, as a long-time sports fan, I’ve long known that “records are made to be broken,” and just as Hank Aaron broke Babe Ruth’s home run record, and Barry Bonds eclipsed Hank’s, so too will the Las Vegas record of deaths be so horribly broken. And broken. And broken again, until we can collectively agree to do something.

That led me to research the myriad of reasons gun enthusiasts and the NRA have given for resisting responsible gun control legislation.  Now to be clear, I am a gun owner. I have been since my father gave me my first shotgun for my 14th birthday and I have been a hunter ever since. I also own a gun for self-defense in my house, I own a 12 gauge shotgun which seems pretty effective for my home and self-defense. By the way, my gun has a plug in it to prevent me from massacring ducks (which seems reasonable.) But makes me wonder why we wouldn’t want to also limit magazine capacity on an assault weapon designed for shooting people?

Since the assailant used assault weapons in his attack in Las Vegas, they have become a focus of discussion on various social media platforms. And it doesn’t take long to find a pro-gun enthusiast who defends his rights to own semi-automatic weaponry (that were all too easily modified to act as fully automatic weapons in the Las Vegas shooting.) When pressed, many of these gun rights advocates tend to express real fear from a tyrannical government that can at any minute pose an existential threat. Conspiracy theories aside, many of these guys seem to be actually preparing for a second American Revolution of some sort.

A quick visit to the NRA website took me to an article entitled “10 Reasons To Own An AR-15”.  You can see them all here but I’ll just address a few of the big ones.

I’ll slightly rename this one “Protection from the Tyranny of the State.”  After all, at the writing of the 2nd Amendment, this country had just been formed primarily to escape the tyranny of the state as colonies of Great Britain.  If you really look, the Bill of Rights, is a laundry list designed to protect the citizens from abuse from their own government.  So to insure that both militia’s and individuals stood a chance against armies like the powerful British, citizens were in fact encouraged and guaranteed the right to keep their muskets and their pistols to defend individual liberty.  So it seems that as the weapons of the government progressed from muskets, to revolvers, to Springfield rifles, to M-1 carbines to M-16’s, so to should the weaponry of the citizens to defend themselves against the state.

Here’s the problem with that logic.  On that basis, I should also be able to stop by my local Wal-Mart or Cabela’s and pick some Mustard gas, maybe a landmine or two, hell, let’s just get some plastic explosives, a few cruise missiles, maybe a good used tank.  People of sound mind long ago realized that keeping up with the weapons of the state to defend against the tyranny of the state is not practical or sane.  Just because our fighting men and women in Afghanistan have fully automatic, high capacity, high velocity weapons, not every swinging dick with a $1,000 has to have one.

I’ve thought about this a lot.  As a kid, I saw my dad take out his gun more than once when he felt threatened in his home. I have even done this myself once or twice.  I’m with gun rights activists on this.

A handgun or shotgun, however, is all one almost ever only needs for personal defense. Yes there might be rare exceptions to the rule, but those instances are mostly anomalies.  I’ve also often argued with friends that a handgun is an awful home defense weapon.  Unless you’re Matt Damon in a Bourne movie, it’s harder than hell to hit someone with a round from a handgun.  And if you are a dark house facing a home intruder, you’re probably scared as hell, and the subject of your fire is likely not standing in front of you full frontal, like the targets at the range, good luck.

In my humble opinion, the weapon of choice for home defense should be your trusty shotgun.   Easy to load, easy to hit something, and I imagine in most cases, the simple sound of me pumping a round into the chamber would make all but the most crazed criminal run like hell.   If you need a 9MM under your pillow to sleep at night, great, go for it. But you just don’t need an AR-15 or an AK-47 to defend the homestead, admit it. It’s overkill, but literally and figuratively.

I have no doubt that an AR-15 can drop just about everything you want.  Accurate, long range, low recoil, checks all the boxes.  Squirrels, rabbits, deer, elk, kudu, big cats, you can hunt them all with some variant of AR-15 and the right ammo.   Problem is, your standard hunting rifle does everything the AR-15 does, except, allow you to squeeze off 30 rounds in less than a minute.  Unless you plan on ignoring every bag limit on earth, or you’re the world’s worst shot, you simply don’t need 30 rounds in a minute.  God help us if you need to squeeze of 30 rounds to drop that deer.

Bottom line? It’ is time to reinstate the assault weapons ban.

These weapons were designed for killing people, in battle. Every other use that they are used for can be accomplished by a myriad of other weapons and tools that no one is looking to ban.  It is true that it may not have stopped Stephen Paddock from toting 10 suitcases of weapons to the 32nd floor of the Mandalay Bay, but, it might have.  And it sure as hell would have made it a lot more difficult.

I’m pretty certain the loved ones left behind by 59 dead Americans Sunday night would appreciate that.

Bill Griffith is a father, small business owner and avid Jayhawk based in Prairie Village, Kansas. Follow him on Twitter at @WmEGriffith