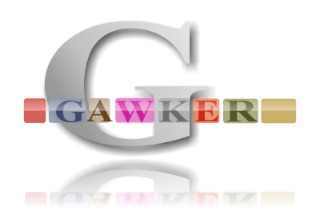 Apparently Gawker’s new editor wants the site to be less like BuzzFeed and more like the New York Times.

“We want to sound like regular adult human beings, not Buzzfeed writers or Reddit commenters,” Read told his staff in the memo. As such, he discouraged writers from ever using words and phrases like “pwn,” “+1,” and “derp.” He also placed a ban on the word “massive,” and offered a series of synonyms for writers to choose from.

Full memo below, as printed by Beaujon:

I meant to send this out on Monday but forgot. These are my exclamation points.

• Strikethroughs. No more strikethrough tag. It’s HTML styling, and it gets stripped in Google searches, RSS, tweets, through copy-pastes, etc., completely fucking up our meaning, especially in headlines (e.g.: http://gawker.com/5974190/here-is-a-list-of-all-the-assholes-who-own-guns-in-new-york-city)

For corrections, rather than strikethrough, change the wording and link from there to a comment noting the corrected text, as Tom does here: http://gawker.com/thanks-ill-correct-it-and-link-down-to-this-correctio-1554296985.

(While we’re at it I want to note Keenan’s correction here, which is done is the proper spirit and is funny to boot: http://gawker.com/david-brooks-may-not-have-gotten-divorced-after-all-1555282728)

We should strive to make our writing clear and precise even absent any text formatting.

Jokes made using strikethrough are generally not worth saving.

• Internet slang. We used to make an effort to avoid this, and now I see us all falling back into the habit. We want to sound like regular adult human beings, not Buzzfeed writers or Reddit commenters. Therefore: No “epic.” No “pwn.” No “+1.” No “derp.” No “this”/”this just happened.” No “OMG.” No “WTF.” No “lulz.” No “FTW.” No “win.” No “amazeballs.” And so on. Nothing will ever “win the internet” on Gawker. As with all rules there are exceptions. Err on the side of the Times, not XOJane.

• The word “massive.” Is never to appear on the website Gawker dot com. Here’s a handy list of synonyms for your headline toolkit: