Conservative radio host and The Blaze founder Glenn Beck announced in a prerecorded message Monday that he was taking a break from his radio and BlazeTV show to focus on allowing his vocal cords to heal.

In the video, which was also posted to his Facebook page along with a transcript of his statement, Beck claims his doctor recommended he take the break:

As you may or may not have noticed over the past couple of months, my voice has been changing a bit. Because I have had problems with my nerves in my vocal chords in the past where my voice has stopped working I have been a little concerned, but I have really, really great doctors. This Friday I consulted with them and they have advised me to take a few weeks off and rest my voice due to some severe strain that has happened.

I intend on using the next few weeks on intensive study on figures of the past, on figures of courage, and of people who have really made a difference.

Beck also took a shot at the haters. “There’s a lot of people in the world that are celebrating this, but it’s only going to be for a few weeks,” he said. “I believe it will humble me, it will make me a better man, and will perhaps teach me of the things that are worthy to be said, as I measure every word now that I can speak. I think this will be a very good thing.” 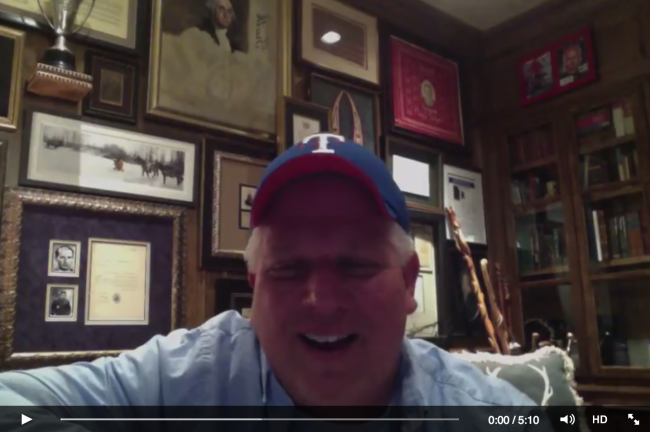