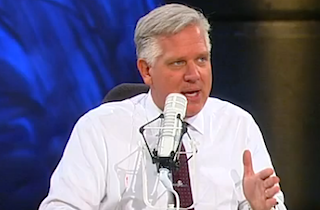 During a CNN segment on spanking Wednesday night in light of Minnesota Vikings running back Adrian Peterson’s indictment for child abuse, Don Lemon shocked his fellow co-hosts by linking corporal punishment in the African-American community to whippings by slave masters. Someone else who was apparently taken aback? Glenn Beck.

“Abuse is abuse. It is wrong,” Beck said on his show Thursday morning, naming Lemon as someone who is “making excuses” for Peterson’s behavior. “Anybody who spanks in anger, you are running the risk of becoming an abuser… Anybody who’s whipping a child like that? That shows there’s some rage in that guy.”

“We’re taking it out because we learned it through slavery?” Beck asked, echoing Lemon’s point. “How many generations are you going to allow that to be passed on? First of all, that’s not true. Second of is all, if it was true, how many generations is it going to take before you say, ‘This is nuts?’”

Similarly, CNN’s Chris Cuomo countered Lemon’s slavery comments Wednesday night, asking, “Why would that be a rationale to continue a practice like this? Isn’t that the last thing you would want to continue?”

And watch the clip of Lemon’s comments from last night, via CNN: