GOP Rep. Explains Why He’s For Impeachment Over Boehner Lawsuit 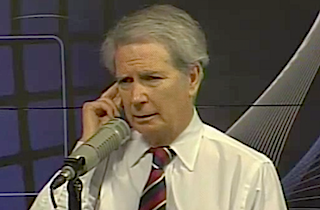 Rep. Walter Jones (R-NC) was one of five Republicans who voted against House Speaker John Boehner’s resolution to sue President Barack Obama. But it wasn’t because he doesn’t think the president has overstepped his authority. Instead, as Jones made clear in a radio interview this week, it’s because he prefers impeachment instead.

“We recently had a vote to go to federal courts,” Jones said, referring to the lawsuit resolution. “I did not vote for that,” he said. “I was one of five.”

Jones explained that Congress has tried to use the courts to curtail Presidents Bill Clinton and Barack Obama in the past and ultimately failed.

“My problem with what my party is trying to do to sue is it will cost the taxpayers between two and three million dollars,” Jones said in conclusion. “Use the Constitution, that’s what it is there for.”

With the support of all Republicans but five and no Democrats, Boehner’s lawsuit moved forward last week after a 225-201 vote in the House. Boehner has said he has no plans to impeach Obama and called any suggestions otherwise a “scam started by Democrats at the White House.”

Watch video below, via Talk of the Town: