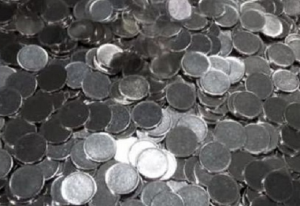 With the debt ceiling debate upon us, and deficit reduction approaches remaining a point of contention, some have pondered the creative idea of minting trillion-dollar coins as a fiscal panacea of sorts. And one congressman really isn’t pleased to hear it. Indeed, Greg Walden (R-OR) is planning to introduce legislation to “stop it in its tracks.”

RELATED: CNN Asks: Can We Solve The Debt Problem With A Big Ol’ One-Trillion Dollar Coin?

“Some people are in denial about the need to reduce spending and balance the budget,” Walden said in a statement. “This scheme to mint trillion dollar platinum coins is absurd and dangerous, and would be laughable if the proponents weren’t so serious about it as a solution. I’m introducing a bill to stop it in its tracks.”

My wife and I have owned and operated a small business since 1986. When it came time to pay the bills, we couldn’t just mint a coin to create more money out of thin air. We sat down and figured out how to balance the books. That’s what Washington needs to do as well. My bill will take the coin scheme off the table by disallowing the Treasury to mint platinum coins as a way to pay down the debt. We must reduce spending and get our fiscal house in order.

Recently, several people have argued that a platinum trillion-dollar coin could solve all our troubles, given that platinum appears to be an exception to the regulations that apply to how money is printed. Rep. Jerry Nadler (D-NY) is among those in favor.

“I’m being absolutely serious,” he said. “It sounds silly but it’s absolutely legal. And it would normally not be proper to consider such a thing, except when you’re faced with blackmail to destroy the country’s economy, you have to consider things.”

The New York Times‘ Paul Krugman penned a blog post today titled, “Be Ready To Mint That Coin.” Business Insider’s Joe Weisenthal said it’s not a cure-all for our economic problems, but “just a way to stay within the law, while avoiding the debt ceiling nonsense.” Bloomberg’s Josh Barro, too, explored the idea in his recent piece, “Why We Must Go Off the Platinum Coin Cliff.”

What say you? A solution with a magical coin or ban the proposal altogether?