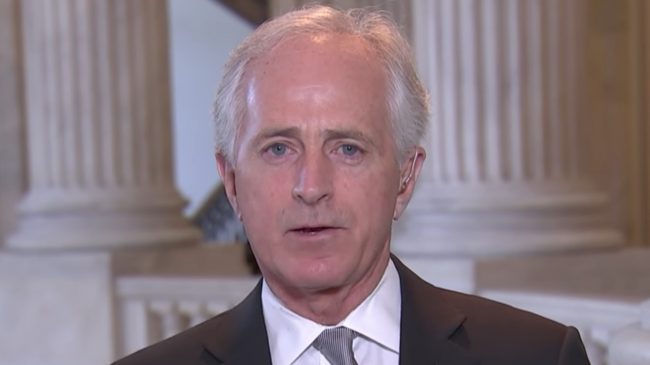 Senator Bob Corker (R- TN) has announced that he is not running for reelection next year.

The Tennessean obtained the statement from Corker:

“After much thought, consideration and family discussion over the past year, Elizabeth and I have decided that I will leave the United States Senate when my term expires at the end of 2018,” the Chattanooga Republican said in a statement.

“When I ran for the Senate in 2006, I told people that I couldn’t imagine serving for more than two terms. Understandably, as we have gained influence, that decision has become more difficult. But I have always been drawn to the citizen legislator model, and while I realize it is not for everyone, I believe with the kind of service I provide, it is the right one for me.

“I also believe the most important public service I have to offer our country could well occur over the next 15 months, and I want to be able to do that as thoughtfully and independently as I did the first 10 years and nine months of my Senate career.

“Serving the people of Tennessee in this capacity has been the greatest privilege of my life. And as I spent the month of August traveling across our great state, I was reminded that we live in a unique place full of people who care deeply about the direction of our country.”

Corker got headlines early last month for his comments criticizing a lack of “competence” and “stability” from President Trump. Days later, Trump took a shot at him in a tweet that included a mention of the 2018 Tennessee Senate election:

Strange statement by Bob Corker considering that he is constantly asking me whether or not he should run again in '18. Tennessee not happy!