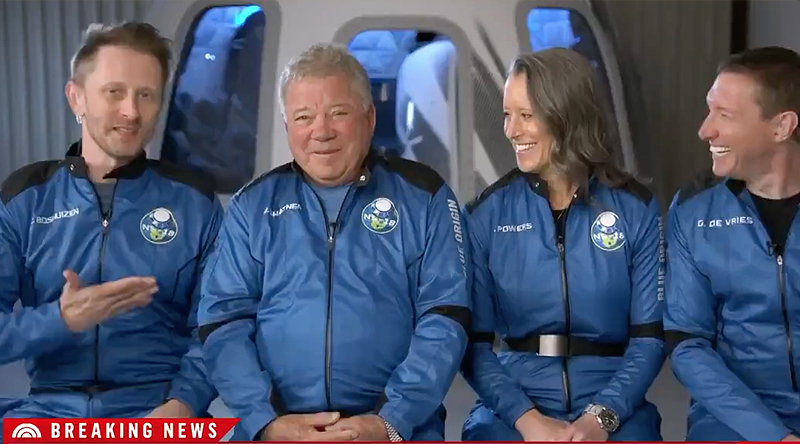 On Wednesday morning, William Shatner (née Captain James T. Kirk) boarded a rocket ship, lifted off from the earth, and roared through the sky, into space, the record books, and the history of humankind.

The brief but picture-perfect lift-off, zero-g flight, and safe return touching down in the desert were watched live across the globe. As with the previous such trips, the passengers get just minutes in zero gravity high above the earth at what you might call the “edge” of space, before returning in a capsule as the rocket touches down for later reuse.

The most famous person to go to space, as well as the oldest at 90 years, Shatner is also the fulfillment of a generation’s hopes and dreams for the future.

Star Trek was Gene Roddenberry‘s vision of what exploration and discovery could lead to for humanity. And it powered imaginations across the country and world for decades. Visions of space flight, distant planets, and alien worlds have inspired scientists, engineers, pilots, teachers, and more, not to mention astronauts.

As the beloved actor has his whole life, he continues to inspire that same excitement and fascination for the future, the dream and hope of a more wondrous tomorrow. It was “unlike anything” he’s experienced before, he said as the capsule descended.

“I am overwhelmed,” said Shatner, once more on the ground. So am I, Captain. 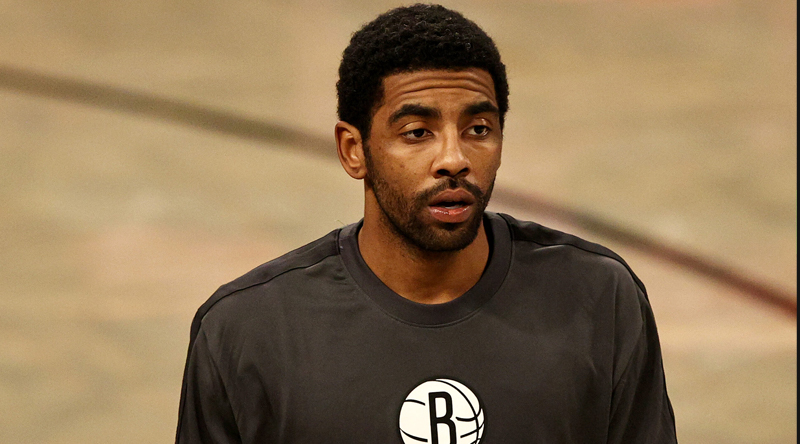 Brooklyn Nets superstar Kyrie Irving will not play or practice with the team until he is eligible to be a full participant, the team announced yesterday. Irving will not be on the court with the Nets until he gets vaccinated against Covid-19, or New York City grants him an exemption.

While more than 95 percent of NBA players are vaccinated, Irving remains one of the few holdouts who are refusing the jab. The league has not mandated the jab for its players, but that doesn’t excuse them from local vaccination requirements.

New York City’s vaccine protocols bar Irving from entering the Nets’ Barclays Center for games. While he’s eligible to practice with the team and play in road games, the franchise has decided not to use their star point guard as a part-time player.

A Tuesday piece in The Athletic on the saga prompted widespread disbelief and mockery on Twitter. The article, which many said read like a PR job, said Irving believes he’s in “a grander fight.” According to their sources, the star guard is not anti-vaccine, but “is upset” over people losing jobs over mandates, and “wants to be a voice for the voiceless,’ one source said.”

The article, comments, and player were all shredded on social media.

Irving is being hit by sports media, news media, and social media, and he isn’t being allowed to play. The wrong kind of threepeat however you slice it.

THERE’S EVEN MORE IN OUR GREEN ROOM NEWSLETTER.
CLICK HERE TO GET IT IN YOUR INBOX EVERY DAY.