Former Fox News host Gretchen Carlson graces the cover of this week’s Time Magazine for a profile on her efforts to combat sexual harassment in the workplace: 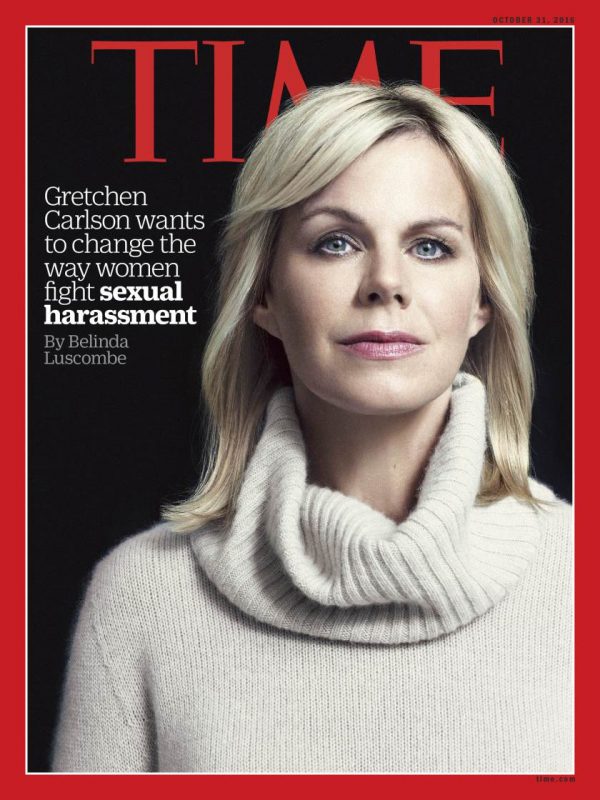 In the interview with Time, Carlson does not speak on her specific experience at Fox News after she alleged Roger Ailes sexually harassed her. But she did say this about Donald Trump:

I am saddened by the prevalence of powerful men disrespecting and objectifying women—and getting away with it for years. I am particularly distressed when people in the public eye who influence our culture perpetuate sexism.

“I think this is happening every single day to women in all walks of life and in all different types of corporations,” she said. “I’ve heard from so many women, from Wall Street to a tiny little town in Alabama. It’s everywhere.”

Carlson revealed that she has agreed to testify to Congress some time soon on the subject of forced arbitration in the workplace.

Attorneys for Ailes claimed a while back that she violated the arbitration clause in her contract, and Carlson things such workplace rules are unfair:

“A lot of people that I’ve heard from [about being unfairly dismissed] find themselves in the middle of either legal action or, more likely, forced arbitration,” she says. “It is a huge problem. Because it’s secret. And it plays into why we think that we’ve come so far in society and we probably really haven’t—because we don’t hear about it.”