‘Grow a Pair’: CA Mayor Under Fire for Comments About Bullying
video

‘Grow a Pair’: CA Mayor Under Fire for Comments About Bullying 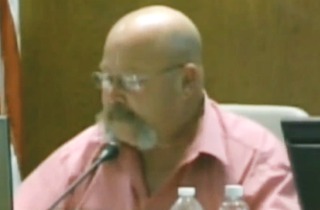 A California mayor is coming under fire for comments he made last week about bullying. Porterville Mayor Cameron Hamilton said during a city council meeting that while he’s against bullying, he’s tired of it being used as a “mantra” and said some kids should just “grow a pair” and defend themselves.

The city council was debating setting up a “safe zone” to combat bullying at local schools. The proposal would designate areas where kids can go to get help if they’re dealing with bullying at school. A frustrated Hamilton spoke up and said, “I’m against bullying, but I’m getting damn tired of it being used as a mantra for everything, and the ills of the world. All most people just have to grow a pair, and stick up for them damn selves.”

One councilwoman retorted, “It’s hard to just grow a pair when you’re a 10-year-old little girl.” Hamilton fired back, “Then maybe the other 10 year olds that think they want to stop bullying will stand up for her, instead of a safe zone with a placard and a bunch of training that goes on.”

Some local residents have already voiced their outrage. Melissa McMurray, from the group Gay Porterville, lambasted Hamilton for the remarks, explaining that what he said sounded a lot like a “witch hunt,” even though that wasn’t the intention of the safe zone proposal.

Watch the video below, via ABC30: