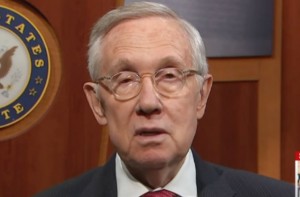 If Harry Reid‘s blistering new statement from his office is any indication, Donald Trump has a lot of work to do to bridge the nation’s divide after the election.

The Nevada Senator and House Minority Leader ripped into the president-elect by saying he gave Vladimir Putin and white nationalists a chance to celebrate, while inspiring fear across minority groups across the country. Reid says that Trump’s election victory has inspired multiple communities to experience dread and racially-charged abuse, and they cannot make sense of how someone who deals in inflammatory rhetoric and policy proposals could become president:

“Their fear is entirely rational, because Donald Trump has talked openly about doing terrible things to them. Every news piece that breathlessly obsesses over inauguration preparations compounds their fear by normalizing a man who has threatened to tear families apart, who has bragged about sexually assaulting women and who has directed crowds of thousands to intimidate reporters and assault African Americans…

If this is going to be a time of healing, we must first put the responsibility for healing where it belongs: at the feet of Donald Trump, a sexual predator who lost the popular vote and fueled his campaign with bigotry and hate. Winning the electoral college does not absolve Trump of the grave sins he committed against millions of Americans. Donald Trump may not possess the capacity to assuage those fears, but he owes it to this nation to try.”

Reid concluded by saying that Trump has a lot of work to do if he truly wants to undo “the tide of hate” that he created through his campaign.