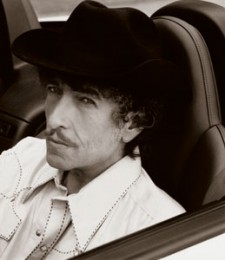 This week reports surfaced that Bob Dylan was considering lending his voice to a GPS navigation system – providing directions to lost drivers who seek the raspy tones of the folk legend. Numerous mainstream media sources picked up the story and ran it as hard news — BBC, NY Times, and the Washington Post all published stories about the convergence of 60’s folk rock and the latest in automotive technology. But as Gossip Cop reported today, this story doesn’t exactly check out.

The “Highway 61 Revisted” singer told listeners that he had spoken with auto manufacturers, and that he would warble directions like, “Left at the next street. No, right. You know what? Just go straight.” Dylan then said, “I probably shouldn’t do it because whichever way I go, I always end up at one place – on Lonely Avenue.”

First, listen to the actual audio. It sure sounds to Gossip Cop like the “Jokerman” singer is, well, joking, as he routinely does on his show.

Second, the clip that news agencies clamored over is actually old news – from December 2008. The “recent broadcast” that sparked the GPS gossip was just a repeat.

This wouldn’t be the first time that reputable sources published something that, upon further review, didn’t pass the sniff test, nor will it be the last. But its somewhat shocking that a simple listen of the audio clip clearly reveals that Dylan was being facetious. Perhaps all the senior edit staffers that catch these sorts of things are all at the beach.