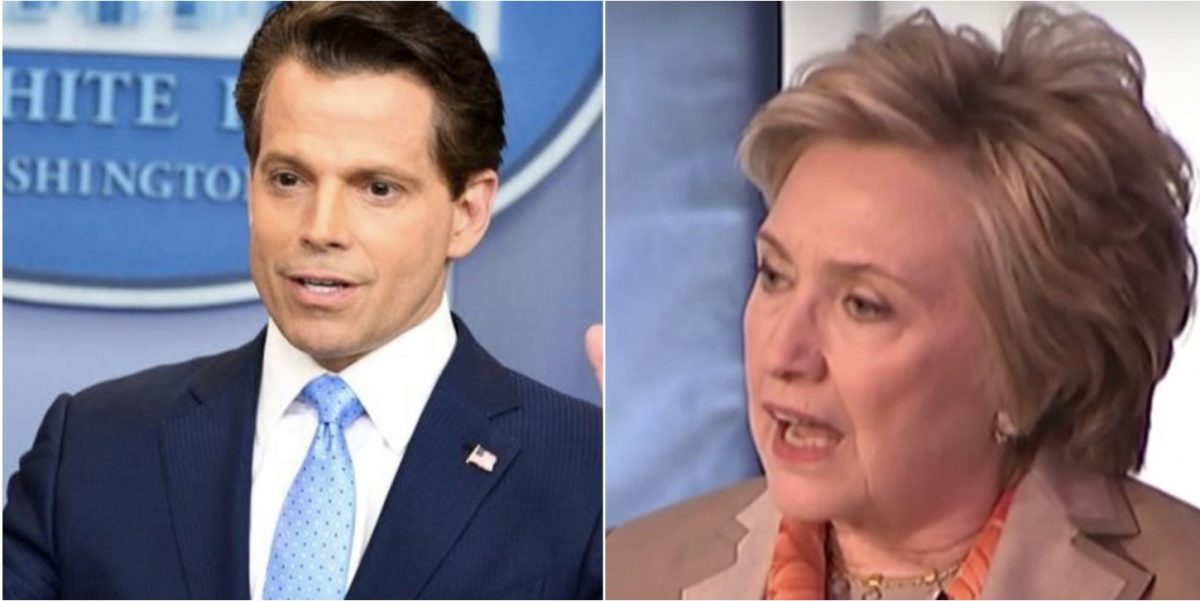 On Saturday, Trump tweeted out this: “Lebron James was just interviewed by the dumbest man on television, Don Lemon. He made Lebron look smart, which isn’t easy to do. I like Mike!”

Lemon responded to Trump on Saturday morning by asking “who’s the real dummy?” and noting James “puts kids in classrooms,” not cages.

“It looks like LeBron James is working to do good things on behalf of our next generation and just as she always has, the First Lady encourages everyone to have an open dialogue about issues facing children today”

“Her platform centers around visiting organizations, hospitals and schools, and she would be open to visiting the I Promise School in Akron”

Then, Saturday afternoon, Clinton made it clear that like the First Lady, she agrees James is a “great” man and a “class act,” a sentiment echoed by Trump’s communication director for a moment, Anthony Scaramucci.

.@KingJames is a great family man, incredible ballplayer, gives back to his community, and isn’t afraid to speak his mind. He’s a world class athlete and a class act. We need more like him in this world.

Here is what Scaramucci tweeted out:

It’s not about picking sides or playing politics. It’s about recognizing an incredible human being who, despite growing up at risk and without a father, has become an all-time great not only on court, but also a great father, role model and humanitarian off it. https://t.co/HlOlrUEnSs

I stand by this https://t.co/u5eN0MYsXU