Hillary: No ‘Overt’ Resistance to Female President, But Some ‘Not as Comfortable’

Hillary: No ‘Overt’ Resistance to Female President, But Some ‘Not as Comfortable’ 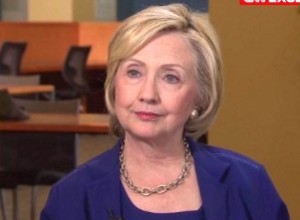 Hillary Clinton gave an interview to Vogue in which she talked about the resistance in some corners to the idea of a female president.

She said that there is hidden sexism––not “overt”––to blame for part of this, explaining, “You know, you get little hints that maybe they’re not as comfortable with a woman being in an executive position. Especially in a big, rough-and-tumble setting like New York City or the United States of America. But I think it’s changing.”

She’s confident there’s been a “big improvement” and talks about how much better a candidate she is now than she is last time.

Madeleine Albright also spoke in the profile about the resistance from female voters to her campaign, saying, “People are a little nervous about being part of something historic.”

And that’s when Albright said this:

Mediaite’s own Alex Griswold wrote earlier today about how despite her campaign’s protestations, Clinton has repeatedly made her gender a big selling point of her candidacy.

Correction: the blockquote above was incorrectly attributed to Clinton, when it was in fact from Albright. The headline of this post has been changed to reflect that.