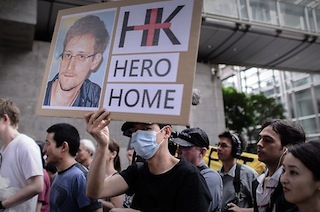 The government of Hong Kong fired off a pugnacious press release following the departure of Edward Snowden Sunday morning, boldly defending its decision to allow him to leave the country, and pushing back at the United States’ request to apprehend the NSA leaker by accusing the U.S. of hacking Hong Kong computer systems.

On Friday, after the United States issued a warrant for Snowden’s arrest, scrutiny turned to whether the small, Chinese-controlled country would side with Beijing’s general anti-American stance by allowing Snowden to continue hiding out in their country, or seek to maintain close ties with the U.S. by arresting him.

After Snowden had already left the country, Hong Kong released the following:

To Hong Kong’s defiance of the U.S. may be added the possibility that Russian President Vladimir Putin cooperated with Snowden in letting him land in Moscow, as Chuck Schumer has intimated is the case. 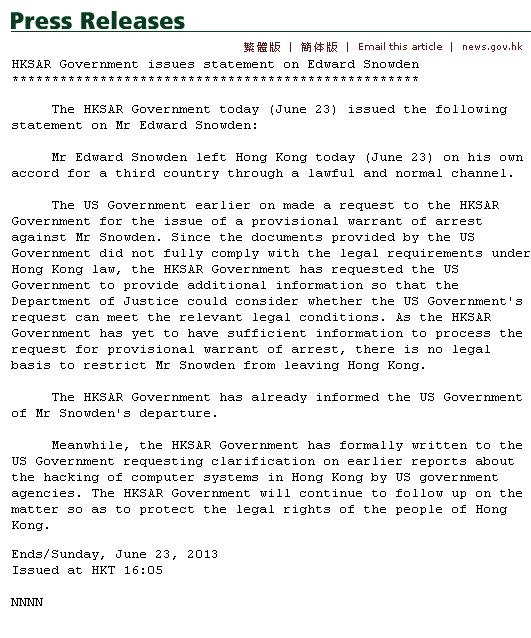