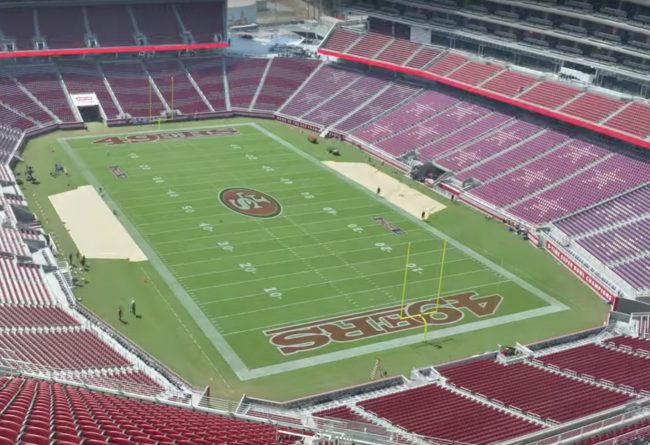 Week 3 of the NFL season kicks off Thursday at Levis Stadium in Santa Clara, CA. The L.A. Rams hit the road for the first time this season to take on the San Francisco 49ers.

The Rams opened the season with a blowout victory over the Andrew Luck-less Indianapolis, 46-9. They followed up with a competitive effort against Washington, but fell short 27-20. Second-year quarterback Jared Goff appears to be getting comfortable, and the Rams are putting up some points. If their defense can keep up, the Rams could be poised to contend in the NFC West.

That Rams defense should be comfortable facing a 49ers offense which has been woefully inept so far this year. The Niners put up only three points in their home opener against Carolina, and nine in last weeks game against Seattle. They played well defensively in the latter, and nearly stole one on the road — falling 12-9 to the Seahawks. But their offense, led by quarterback Brian Hoyer simply must be better if they are to compete.

Kickoff is at 8:26 p.m. ET. The game will be broadcast on the NFL Network, which will stream the action on its website. NBC’s Tirico and Cris Collinsworth have the call.  Use the NFL Mobile app to watch on your phone or tablet. That app can be downloaded from the Apple’s iTunes Store, and the Google Play store. A cable subscription is required for the free stream.