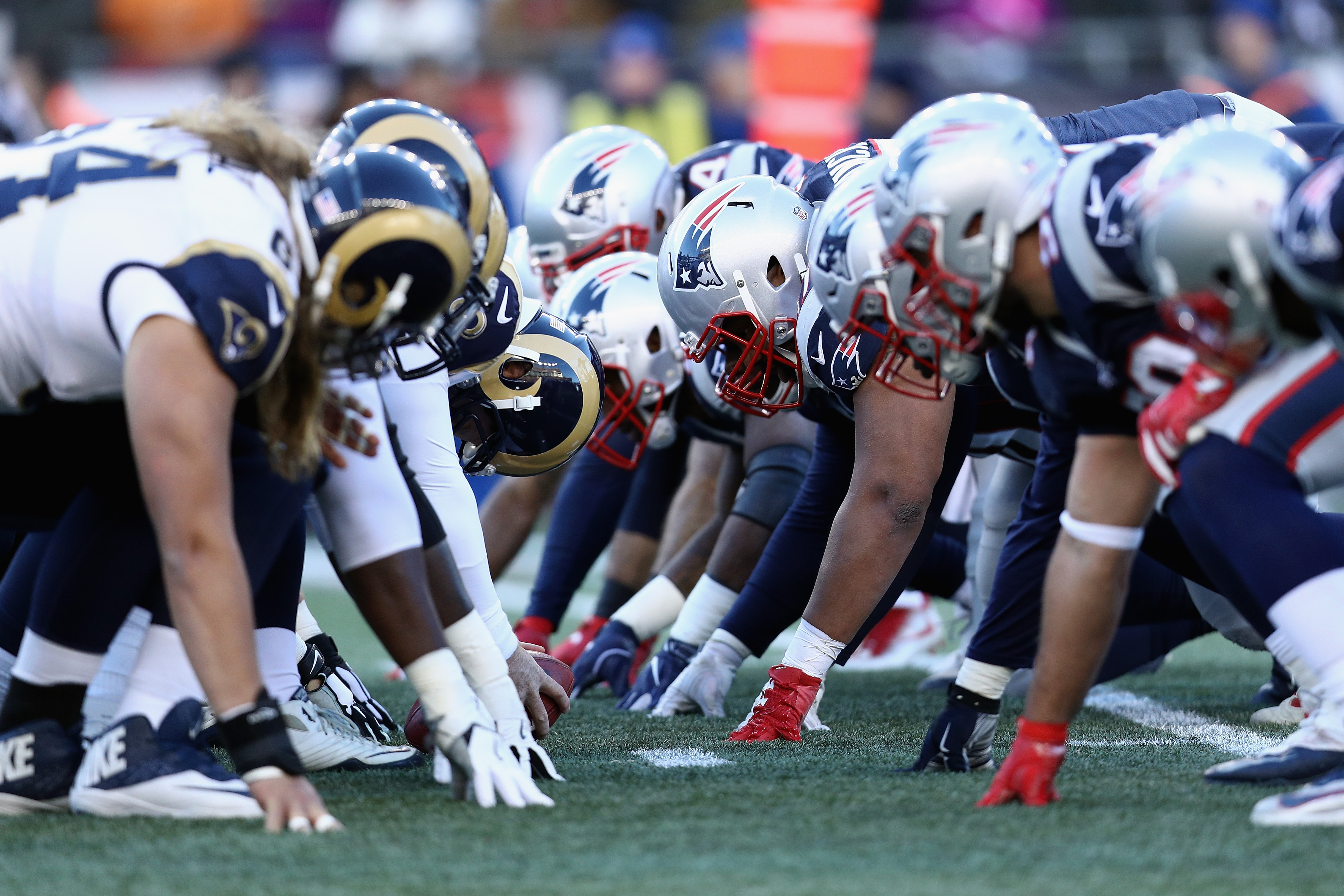 Super Sunday is upon us. And for the ninth time with Tom Brady as quarterback and Bill Belichick as head coach, the New England Patriots will play for the Lombardi trophy. And they will meet the very same foe as they did in their first appearance — the NFC champion Rams. (They were the St. Louis Rams back in 2002. Tonight, they will represent Los Angeles.)

Both teams survived grueling overtime battles in their respective conference championship games to punch their ticket to Atlanta for the big game. And both received extremely fortunate breaks along the way. New England was lucky enough to win the coin toss going into overtime against Kansas City. As a result, they got the ball first and marched right down the field for the game-winning score. — without having to rely upon a defense which had yielded 31 points in the second half to make a stop. And Los Angeles was the beneficiary of one of the most egregious officiating errors in NFL history in their NFC title tilt against New Orleans — when a pass interference penalty which would have all but guaranteed a victory for the Saints was not called.

But none of that matters now. New England and Los Angeles are here. Can Tom Brady capture his unfathomable sixth championship? Can wunderkind Rams coach Sean McVay — who just turned 33 in January — become the youngest coach ever to win a Super Bowl? The answers to these questions are just hours away.

Kickoff is shortly after 6:30 p.m. ET. The game will be broadcast on CBS. Jim Nantz and Tony Romo have the call. The game can be streamed via CBS All Access, which is a pay subscription service. However, users can sign up for a one-week free trial via this link. Also, CBSsports.com and the CBS Sports app are offering a special free live stream for the big game.