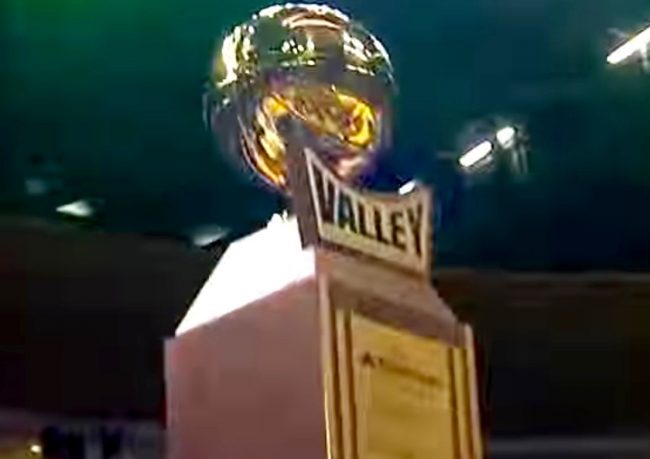 Conference championship week is underway, and one of the best mid-major leagues in the country gets a nationally televised showcase on Sunday afternoon. It’s the conclusion to “Arch Madness,” as the St. Louis-based event has been dubbed. The Missouri Valley Conference title game between Illinois State and Wichita State.

Wichita State has turned it on ever since a Jan. 14 loss to Illinois State. They’ve not only gone undefeated since (including a 41 point victory in the rematch against Illinois State), they’ve absolutely drubbed their recent opponents, with the smallest margin of victory in that span being 17. The Shockers have great recent NCAA Tournament history, including a Final Four appearance in 2013, and they appear poised to make another run this season.

Bubble watchers will be hoping that Wichita State can duplicate their 41 point blowout of Illinois State on Sunday. Wichita State is almost certainly in the Tournament no matter what. But Illinois State might very well be on the bubble. Like Wichita State, they posted a 17-1 conference record in the regular season. But their resume is light on quality wins. They would do well to not leave their fate in the hands of the selection committee.

Coverage begins at 2:00 p.m. ET. The game will air on CBS, with Kevin Harlan and Dan Bonner on the call. CBS will stream the game via its All Access platform (which costs $5.99 per month, but does offer a one-week free trial to new customers). Certain cable providers also offer the ability to stream CBS online free with a cable subscription.