How YouTube Has Ruined The Art Of The Crappy Campaign Ad 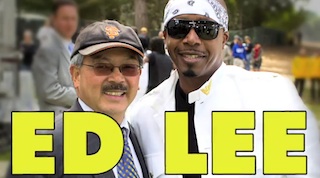 Conventional wisdom would have it that The Rocky Horror Picture Show made the Midnight Movie. However, while there’s some truth to that, it’s also possible that that film ruined the Midnight Movie as well. After Rocky Horror‘s unprecedented second and third run success began in the late 70s, movie studios instantly began to copy it. Suddenly, “cult movies” weren’t found, they were processed.

Thanks to YouTube, the same thing is happening today to campaign ads. When you see a politician release a crappy ad, the sad fact is that there’s a good chance he did it on purpose.

Shortly after the advent of YouTube, the term “viral video” truly broke through to the mainstram. No longer was the term dedicated to niche-y geekery involving bases and who they belong to, instead keyboard cats and Star Wars kids were worldwide superstars that even your mom knew about. And, sure enough, someone on Madison Avenue* was watching. And, even surer enough, they noticed the common thread between all these viral videos; they were all stupid.

*Do people still make ads on Madison Avenue in this century? Is that bit of synecdoche short hand no longer relevant?

It wasn’t long before every commercial on TV began to look like they were directed by Tim and Eric. And that goes double for the ones that actually were directed by Tim and Eric. Seriously, think about it. There was a time in our lives when a typical candy commercial didn’t look like a nightmare David Lynch had after eating late night pizza. And, while some of these are genuinely clever, others are just stupid weirdness for the sake of being weird. Or, more accurately, for the sake of going viral online.

I suppose we shouldn’t be too surprised that the phenomenon has made its way over to campaign ads as well. Still, it’s disheartening to see political candidates rush to whore themselves out for the sake of some YouTube hits. The most famous campaign of last year wasn’t the one with the strongest, clearest message. It was the one with the stupid sheep puppet.

“The response to our web video exposing Tom Campbell’s support for tax increases and bigger government has been exactly as intended – it’s intentionally edgy and controversial to get people talking and watching. And that’s exactly what has happened and we couldn’t be more pleased.”

“Edgy and controversial”? Yeah, that’s one way to put it. I’d go with “pandering” and “moronic.”

However, I use “moronic” to describe the ad’s content, not its inception. The team behind that ad knew exactly what they were doing and they suceded wonderfully. The ad was on every blog and cable news show in the world for a whole week. Who cares if it makes the candidate look like an absolute joke? There are tons of voters out there who don’t actually follow politics. Those people are just going to vote for the candidate whose name sounds the most familiar and that ad got Fiorina’s name out there.

Sure, Fiorina didn’t, y’know, win, but that hasn’t stopped other campaign teams from following the tactic. Take for example this sad, sad video from San Francisco Mayor Ed Lee. In it, a MC Hammer joins a bunch of cool celebrities (and also Will.i.am) to rededicate his 1991 hit “Too Legit to Quit” to the Lee campaign.

To me, the whole thing just reeks of pandering. Watching every single frame, one can’t help but imagine the editor trying to come up with new ways to get the blogosphere talking. I mean, God, they actually try to make “Fear the mustache” a viable catch phrase in a freaking San Francisco mayoral race! I can just imagine the meeting where some slick commercial director was eagerly explaining to a confused Lee why photoshopping his mustache on a picture of Bruce Lee would be the best way to win the campaign.

But, of course, it’s worked. As blogs race to post content, a number have already written up the silly waste of time.

I began this post with a comparison to cult movies and the advent of studio-mandated outrageousness. In that comparison, Lee’s ad is Snakes on a Plane while last night’s Herman Cain masterpiece is an honest to goodness Manos: The Hands of Fate. Both campaigns made terrible ads, but only one was trying to do it on purpose.*

*At least I think that’s the case. If Mark Block was really trying to “fake” a bad campaign ad, then that video is the most brilliant forgery anyone has ever made and he is a true evil genius.

We all like bad campaign ads. We always will. And, thanks to the Internet, we can see and share these ads with an ease that is truly remarkable. However, we as an American people should keep a watchful eye for those who would attempt to pander to us. Because, if we keep posting “crap” on our blogs, Tumblrs, Facebooks, and Twitters, people will stop trying to make good ads. And when campaigns try to do that, that’s when we get the really good, actual crap.

…Of course, at least Lee’s ad is better than all those horrible fake movie trailer ads. Those things are the f**king devil.