Howard Stern: Holocaust, 9/11 Wouldn’t Have Happened If Victims Had Guns 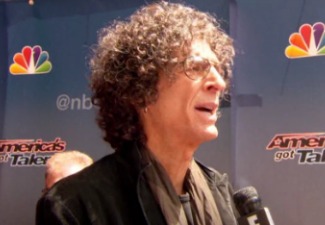 Shock jock Howard Stern ripped into those who advocated for gun control in the wake of the Orlando terrorist attack, saying they were only disarming law-abiding Americans and keeping them from protecting themselves.

“I can’t believe these people would come out afterward and their answer to Orlando is to take away guns from the public,” Stern opened the segment. “It’s f***ing mindblowing to me.”

“In France, they have the tightest gun control laws on the planet. The terrorists all had AR-15, they had glocks, they have every kind of pistol, they have missile launchers,” noted Stern.

Stern borrowed a common analogy used by a lot of Navy SEALs, that civilians are “sheep” who will be preyed upon “wolves” unless they protect them. “The sheepdogs are protecting you, but some of them can’t be with you all day. There’s not a sheepdog for every citizen, and a wolf is still eating one of you every night. ‘Baaaaaaaa, oh I know, let’s remove all the guns from the sheep.’ What?”

He continued to rip into the idea of gun-free zones. “I’m going to tell you about the most gun-free zone on the planet: it happened during 9/11, it was on a plane. You know you can’t get a gun on a plane, it’s completely gun-free.”

“Now if there had been an air marshal on that plane, a whole f***ing other thing would have went down. There wouldn’t be no 9/11,” he concluded.

“Can you imagine if the Jews, at least when the Nazis were banging on the doors, if they had a couple of pistols and AR-15s to fight the Nazis?” he asked. “If Anne Frank’s father had a f***ing gun, maybe he at least could have taken a few Nazis out.”