Huckabee Sanders: Jeff Sessions Visited the White House Today, But Did Not Meet With Trump

Huckabee Sanders: Jeff Sessions Visited the White House Today, But Did Not Meet With Trump 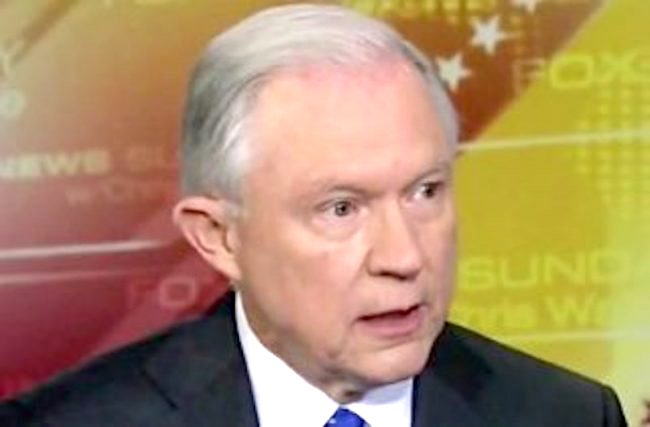 Despite his recent rough patch with President Trump, Jeff Sessions visited the White House earlier today. However, the administration insists that the Attorney General did not actually meet with the Commander in Chief.

Press Secretary Sarah Huckabee Sanders confirmed Sessions’ visit during a with White House reporters on Monday. It is interesting however, that Sessions would not meet with Trump in order to clear the air that has come up between them as of late.

Sanders confirms Atty Gen Sessions was at the WH today, but did not meet with Pres Trump, who referred to him today as "beleaguered."

.@SHSanders45 says AG Sessions was at the White House today – but did not meet with the president while he was here.

Sessions was at the White House today but did not meet with the president, @SHSanders45 tells reporters aboard AF1

In an interview last week with the “failing” New York Times, Trump expressed annoyance with Sessions and said he would’ve never picked him for Attorney General if he knew the Alabama senator would recuse himself from the ongoing Russia investigations. Trump knocked Sessions again today when he complained on Twitter about why “our beleaguered A.G.” isn’t investigating Hillary Clinton for anything.

In a press conference last week, Sessions said he had no plans to resign and was “totally confident” about keeping the Justice Department going. Recent reports suggest that Trump was thinking about replacing Sessions with Rudy Giuliani, though the former New York City mayor broke from Trump and said Sessions’ recusal was the right move.