Huh? NY Times Ran Spoilers For The Killing Finale (But Wrote About An Ending That Didn’t Actually Happen) 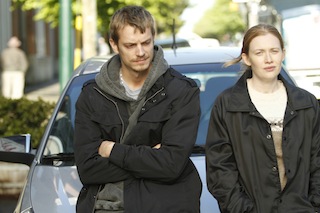 Well, that’s odd. Last night, the AMC murder mystery, The Killing, ended its first season with an episode critics are calling an “absolute trainwreck” (and that’s much nicer than what the Internet commenters are saying). That’s not the odd thing. In fact, it would be lovely if we lived in a world where a crappy TV show was considered “odd” and not, y’know, the norm. No, what’s odd is that the New York Times wrote up a review of the season and the finale that provided spoilers for the ending…and they spoil an ending that didn’t actually happen. (UPDATE at bottom)

First off, if you haven’t seen the show or the finale yet and plan on doing so (I wouldn’t recommend either), don’t read any further because I’m going to touch on how the show ended (although I won’t be revealing the murderer).

Got it? All potential viewers gone?

Ok. The reason I’m not going to reveal the killer is because the show didn’t reveal the killer. Despite that being what everyone expected (and a marketing campaign based entirely around the question “Who killed Rosie Larsen?”), the season ended with the murderer still on the large. All the audience got was a fake out and a lame 24-esque conspiracy. However, the New York Times somehow didn’t get the memo.

From Ginia Bellafante‘s article entitled “Murder and Melodrama: An Obsessive Killer Is Revealed in a Stylish Whodunit”:

“Initially the series was advertised with the tag line ‘Who Killed Rosie Larsen?,’ a question it answers by the penultimate episode. (Read no further if you haven’t made it there.) The murderer is, on the face of things, a patrician do-gooder, a Seattle city councilman running for mayor. But grief over his wife’s death long ago, presumably, has driven him to all kinds of baroque depravities. The Larsen story line, in its original iteration in ‘Forbrydelsen’ on Danish television, spanned 20 episodes. The American version lasted only 13, and the primary casualty of truncation is an insufficient look at the psychologies of murderer and victim.

How Councilman Darren Richmond (Billy Campbell), of Connecticut and Dartmouth, became the kind of widower for whom scotch was an inadequate solace, is left entirely to speculation. Instead we are asked to buy wholesale the notion that as Richmond maintained an impeccable public image, he was threatening (and ultimately drowning) young prostitutes who vaguely resembled his wife. Politicians manage secret lives all the time, as the news and ‘The Good Wife’ remind us. But it is fair to say that it is one thing to be concealing a mistress in Argentina and it is quite another to be running a campaign while simultaneously conducting an alternative life as Jack the Ripper.”

Um…huh? This is a review criticizing a show for an ending they didn’t use. There are plenty of things to attack The Killing for. There’s no need to make some up.

Did someone at the Times review the episode without actually watching it? Did they get a screener with a different ending? What the heck happened?

Oh well, at least the Game of Thrones finale ruled.

Side note: For anyone who watched, how dumb was that scene where Mr. Larsen talked to the teacher’s wife? How did she not know him? He’s been all over the news! Partly for beating her husband half to death! That’s why he’s in the hospital in the first place!!

Second side note: Ever since the pilot, my guess for the killer has been the police chief. Since I’m officially quitting the show (I would have weeks ago but my roommates and I made a fun drinking game for it), can someone let me know if I’m right a year from now? Thanks.

Third side note: Isn’t it cool that I found a picture from the only scene in this show that didn’t take place during a torrential downpour?

UPDATE: Gina Bellafante, the critic who wrote the piece in question for The New York Times, has responded to criticism of her piece and none of my guesses were accurate. She didn’t receive a different ending, she just interpreted the ending differently than every other person who watched it.

While dissenting opinions are always good, especially in analyzing a piece of art (and say what you will about the quality of this specific piece, a TV show is still art), it should be noted that this isn’t the first time Bellafante has stated an interpretation that got some harsh attention. As has been pointed out in the comments, Bellafante is the writer whose take down of the Game of Thrones infuriated fantasy fans (particularly female ones like our friends at The Mary Sue) resulting in a similar chain of outrage and then response.