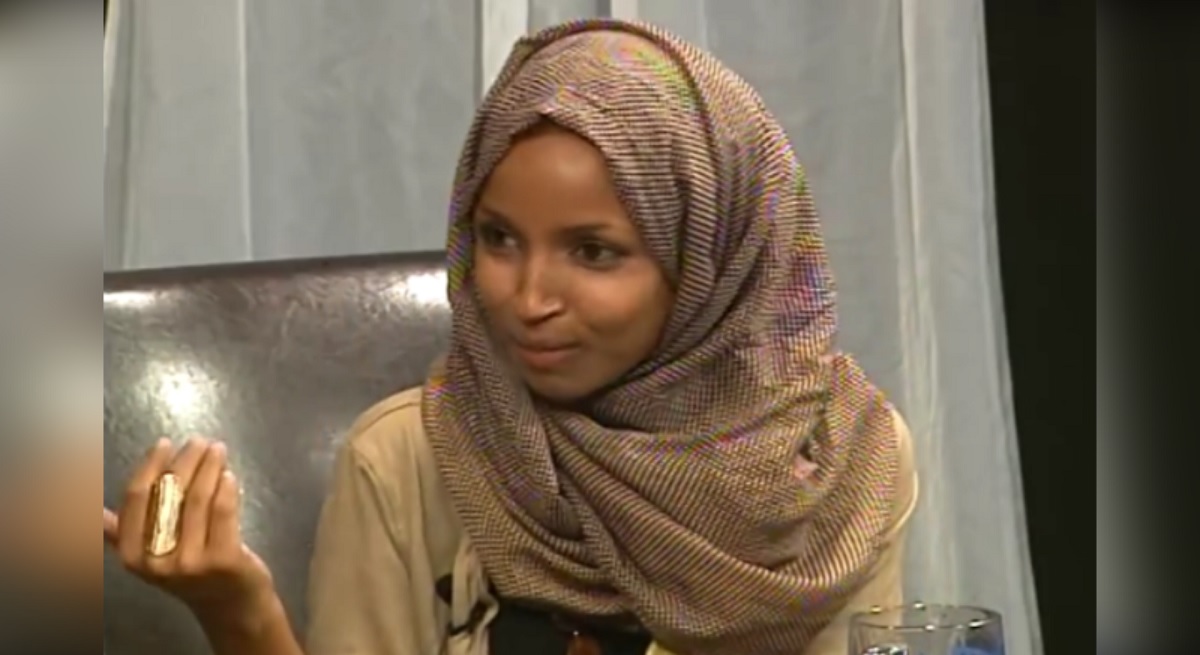 “Imagine being Rand Paul’s next door neighbor and having to deal with Rand Paul lying cowardly circular whiney bullcrap about lawn clippings,” Arnold tweet — reposted by Omar — read. “No wonder he ripped his toupee off.”

Paul’s neighbor tackled him last year, infuriated by the senator’s habit of stacking lawn debris near the line between two properties.

This comes after last week Paul said he was willing to contribute to buying Omar a ticket to visit Somalia to “learn a little bit about the disaster that is Somalia” so she’d stop saying bad things about America.

Omar retweeting Arnold, of course, is being seen as a WTF moment by many, including Paul’s communications director Sergio Gor, who called the post “abhorrent”:

Shameful behavior from one of the LEADING voices & faces of the dem party. Why is @IlhanMN retweeting this abhorrent tweet? We should never tolerate violence or promote it! @IlhanMN @TomArnold pic.twitter.com/mDh3Lb9LsL

Ilhan Omar’s brilliant Monday idea is RTing this celebration of a violent physical assault on a fellow Member of Congress who was actually attacked. Incredibly gross. pic.twitter.com/NILoXRuZjM

Congresswoman Ilhan Omar retweeting calls for political violence against @randpaul. I’m not surprised, and look forward to the forthcoming silence from the media on the issue. pic.twitter.com/r9BQloVoL9

Really @IlhanMN ? That violent neighbor broke six of Sen. @randpaul ‘s ribs and you are retweeting unhinged @tomarnold joking about it? #IlhanOmarSpreadsHateOnTwitter pic.twitter.com/Qx3TnUkhlW

Wow, it appears @IlhanMN is celebrating/calling for violence against @RandPaul.

I hope every Democrat and Republican in Congress, as well as members of the media have the courage to call this out.

Calls for political violence should never be tolerated, regardless of Party. pic.twitter.com/AQcz5gqLI6