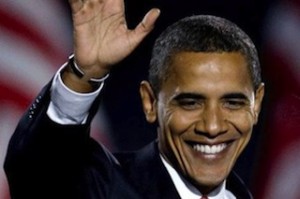 In his speech about energy policy on Thursday, President Obama touted alternative energy and criticized Republican skeptics by sharing a little anecdote about President Rutherford B. Hayes‘ aversion to the telephone. Hayes was looking backward instead of forward, just like the Republicans are now, he said. Nice comparison, Mr. President — except it turns out Hayes was actually quite fond of the telephone, among other new technology.

Obama’s anecdote recalled the first time Hayes used a telephone and said, “It’s a great invention, but who would ever want to use one?” Making his point, Obama went on to say, “That’s why he’s not on Mount Rushmore […] He’s explaining why we can’t do something instead of why we can do something.”

Over at TPM, Nan Card, curator of manuscripts at the Rutherford B. Hayes Presidential Center in Ohio, said this comparison is wrong. From TPM:

While often cited, Card said Obama’s cited quote had never been confirmed by contemporary sources and is likely apocryphal. A contemporary newspaper account of his first experience with telephone in 1877 from the Providence Journal records a smiling Hayes repeatedly responding to the voice on the other line with the phrase, “that is wonderful.”

Card said Hayes was “pretty technology-oriented for the time” — and “between the telephone, the telegraph, the phonograph, and photography, I think he was pretty much on the cutting edge.”

Obama’s other jab was saying that “if some of these folks were around when Columbus set sail, they must have been founding members of the Flat Earth Society.” Turns out that isn’t entirely accurate either. Again, from TPM: “In fact, historians have long contended that the notion Europeans widely believed the Earth was flat, let alone 15th century Spanish scholars, is a myth developed centuries later.” The article cites paleontologist Stephen Jay Gould’s book, which states, “There never was a period of “ﬂat earth darkness” among scholars (regardless of how many uneducated people may have conceptualized our planet both then and now).”