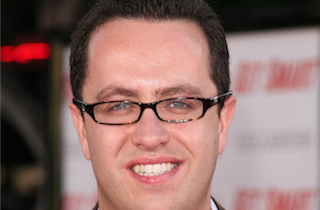 Subway reportedly went through over 1 million online comments and interviews with past and present employees in order to learn about Fogle’s behavior and sexual interest over the past few years. Company spokeswoman Kristen McMahon did not explain the nature of complaint, only that it included “nothing that implied anything about sexual behavior or criminal activity involving Mr. Fogle.”

The complaint was sent by Rochelle Herman-Walrond, a former journalist who told WWSB in July she learned some disturbing details about Fogle when she covered him at health events. In addition to alerting Subway, Walrond told the ABC affiliate that she wore a wire and recorded conversations for the FBI, catching Fogle saying in one instance, “middle-school girls are hot.”

Subway’s statement expressed regretted that the message from Walrond was not acted on at the time. “It is important to note that the investigation found no further evidence of any other complaints of any kind regarding Mr. Fogle that were submitted to or shared with Subway,” the statement read.

Former employee Cindy Mills has also said that she gave the chain an earlier warning about Fogle in 2008, though the chain has denied ever receiving her complaint.