Is Sex and the City Star Cynthia Nixon Running for Governor of New York?

Is Sex and the City Star Cynthia Nixon Running for Governor of New York? 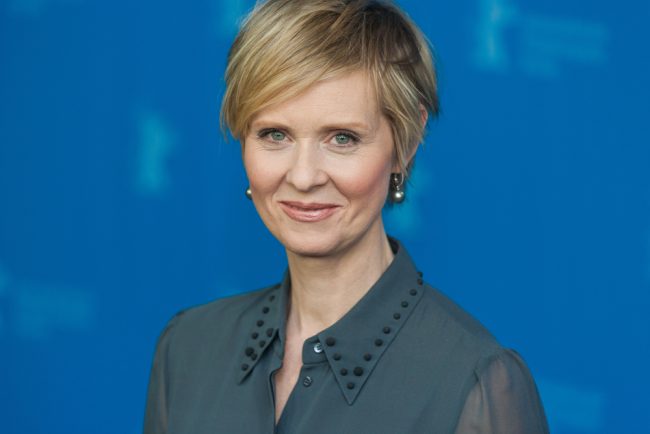 Politico reports that actress Cynthia Nixon — best known for her portrayal of Miranda Hobbes on Sex and the City — is considering taking on Gov. Andrew Cuomo (D-NY) in the 2018 Democratic Gubernatorial primary.

“If we had bluer Democrats, New York wouldn’t have the worst inequality in the country,” Nixon said Saturday at the Human Rights Campaign’s Greater New York gala. “For all the pride that we take here in being such a blue state, New York has the single worst income inequality of any state in the country — how can we know this fact and let it stand without actively working to change it?”

The speech came days after Nixon penned an op-ed for CNN, in which she called on people across the country to run for political office.

“Given the current state of the union, taking our country back is going to require all of us everyday people to step up and take action — whether by protesting anti-immigrant policies, organizing for women’s rights, refusing to give polluters our business, demonstrating against police violence, or even taking the leap to run for office ourselves,” Nixon wrote.

And then there was this tweet — promoting the CNN op-ed.

Taking our country back is going to require all of us to step up and take action — including more women, people of color, queer people, and first-generation Americans running for office. https://t.co/hLq3D0wmNq

The primary doesn’t take place until September, leaving Nixon with some — but not much — time to launch a campaign.