Is That a Halo? Rolling Stone‘s Somber Obama Cover 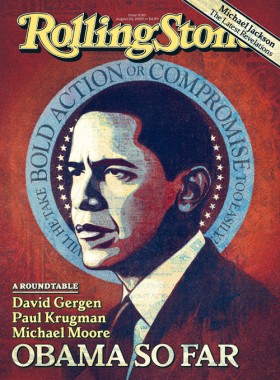 Rolling Stone’s latest cover story is a well-thought out, yet predictably supportive piece about how the 44th presidency has fared thus far. So it may come as little surprise that the issue’s cover has received more attention than the article itself. Illustrated by noted street artist–cum–graphic designer Shephard Fairey, the cover image features a much more serious image of the president than his iconic “Hope” campaign posters. But is he deifying the president by using imagery that evokes a halo? Some say yes.

The cover story itself documented a roundtable discussion assessing Obama’s first six months in office, and featured heavy hitter panelists David Gergen, Paul Krugman and Michael Moore. But the article itself has merited very little mention in the mainstream medai. Instead, all of the buzz has been about the cover.

Putting Obama on a magazine cover is so commonplace that its rarely considered newsworthy these days. But a new illustration by Fairey, who gained international fame for his wildly copied “Hope” image for Obama’s presidential campaign, is beginning to get people’s notice. The lede for many articles is the somber expression in the president’s face — meant by the artist to evoke the gravity of today’s political circumstances and issues. But where some have seen it as an appropriate take, others have noticed a hidden agenda.

The New York Daily News was first to point out the deified image:

Artist Shepard Fairey, whose iconic HOPE campaign poster of Barack Obama was a global sensation, is back with a new image that both questions and deifies the President. Appearing on the cover of the Aug. 20 Rolling Stone, the portrait depicts Obama with a brow knit in determination, surrounded by a halo of stars.

But Fairey didn’t take too kindly to that description, defending his illustration and how its been received by the media so far:

It’s been six-plus months since Obama took office, and the Rolling Stone cover is the first image of Obama I’ve created in that time. As a candidate, his vision and his message of shared civic duty were inspiring, but as president he faces an unbelievable pressure to accomplish what he set out to do, despite the reality that he can’t do it alone. Much like my “Hope” image was intended to express his vision and his intellectual diligence, I also wanted this new image to convey his focus, but with the added weight and stress of responsibility. Whether media like the New York Daily News are looking to fan conservative flames with “liberals think Obama is the messiah” talking points, or just saying things like that to create juicy headlines, it should be obvious that this image is not about anything divine, but about dealing with the real world job at hand. While he is undoubtedly our leader, the question I placed inside the presidential seal “Will he take bold action or compromise too easily?” is one that I think we all need to ask about ourselves and what we’re doing to work toward what we believe in. The pitfalls of “politics as usual” aren’t reserved for politicians.

This is not the first time that Rolling Stone covers featuring Barack Obama have received attention for their editorial take, and it probably won’t be the last. Suffice it to say that it’s likely fodder for primetime discussion on at least one cable news network, which would be a big victory for the editorial team at Rolling Stone. 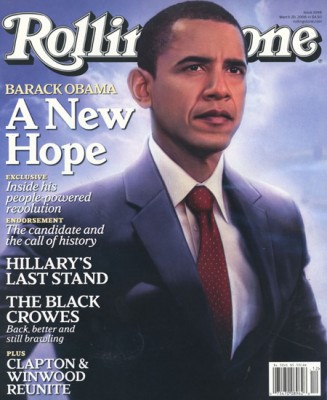 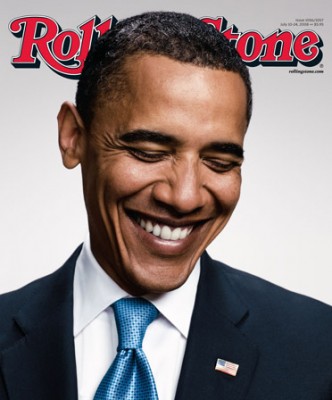 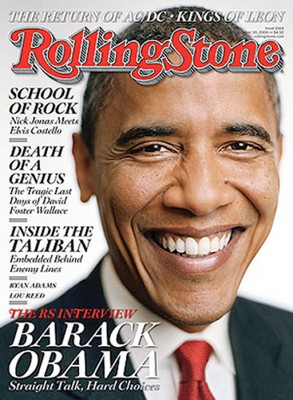