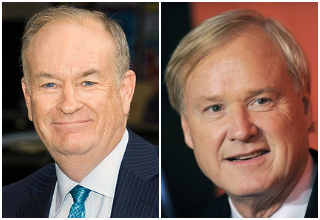 In the New York Times Sunday Book Review this weekend, Times executive editor Jill Abramson looks at the staggering number of books about John F. Kennedy, chronicling his life, his leadership, and his tragic assassination. But amidst all the literary analysis Abramson lobs a few barbs in the direction of Bill O’Reilly.

Abramson cites the words of a historian journalist who believes that a lot of this JFK literary worship is done not simply to reflect on the life and times of America’s 35th president, but to boost the celebrity profile of the author. And this is what brought Abramson around to O’Reilly.

This new version, it must be said, distinctly improves on the original, whose choppy sentences, many written in the present tense, lose nothing when recast for younger readers. “He is on a collision course with evil,” O’Reilly declares. No less elevated is his discussion of Kennedy’s decision to visit Dallas despite warnings of roiling violence, including the physical assault on his United Nations ambassador, Adlai Stevenson, who had given a speech in the city in October 1963. “J.F.K. has decided to visit Big D,” O’Reilly writes. “There is no backing down.”

Abramson does admit the “wooden prose” is slightly elevated by the illustrations, but dismissed it as the latest in a long line of “bad books by celebrity authors.”

Noticeably absent from Abramson’s review is any mention of another pundit with perhaps a far more intense fascination with Kennedy: Chris Matthews. Matthews has written two books, Kennedy & Nixon and Jack Kennedy: Elusive Hero, about Kennedy, and is himself pretty boastful about them.

Would Matthews’ JFK books be considered in the same vein as O’Reilly’s? I’m guessing Matthews wouldn’t take too kindly to that.

You can read the full review here.