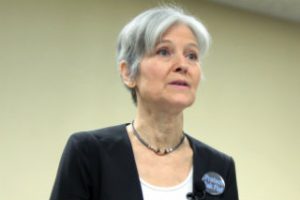 Dr. Jill Stein decided to get in on Saturday night’s political conversation by talking about the death of Fidel Castro. SPOILER ALERT: it didn’t go very well.

The Green Party candidate has been making waves lately as she raises funds for election recounts in three states. This has occurred despite the fact that multiple parties are questioning Stein’s motives and asking what a recount would actually change.

Tonight, Stein decided to change course and talk about the recently-announced death of Cuba’s former leader:

Fidel Castro was a symbol of the struggle for justice in the shadow of empire. Presente!

While Stein holds a more-forgiving opinion, a lot of people have been condemning Castro and pointing to the evidence of how he turned Cuba into a brutal dictatorship. This being the case, Townhall editor and Fox News contributor Katie Pavlich had something to say about Stein’s tweet:

Hi @DrJillStein, who exactly is the person being oppressed in this photo? Fidel was a monster. pic.twitter.com/jBl9aMQ2K1

And by the way @DrJillStein, you're free to move out of the United States, the "shadowing empire," and to Cuba at anytime.

And apparently, there were a lot of other people who also had something to say:

Oh jeez. I know twitter doesn't allow for a lot of nuance but please, go do some homework. https://t.co/xdjNeJGmJO

Also, he never had an election close enough to re-count. Or any election, actually. https://t.co/EWSbmgnXlA

This isn't just stupid. It's offensive to those massacred for standing up to tyranny & makes mockery of word Justice. #sicsempertyrannis https://t.co/wS2zNDFq3c

If you're a lefty who voted for Jill Stein, you got a two-fer: A Castro apologist and a drain on Clinton's vote total https://t.co/PRJSOjttjg

You really can't make up crap like this. She actually said this of a tyrant who murdered thousands and enslaved millions for 5+ decades. https://t.co/8JC7EIfhdS

While you're at it, you should ask for a recount of the last Cuban election. 100% for the incumbent seems a bit fishy https://t.co/lFMtYSvNqx