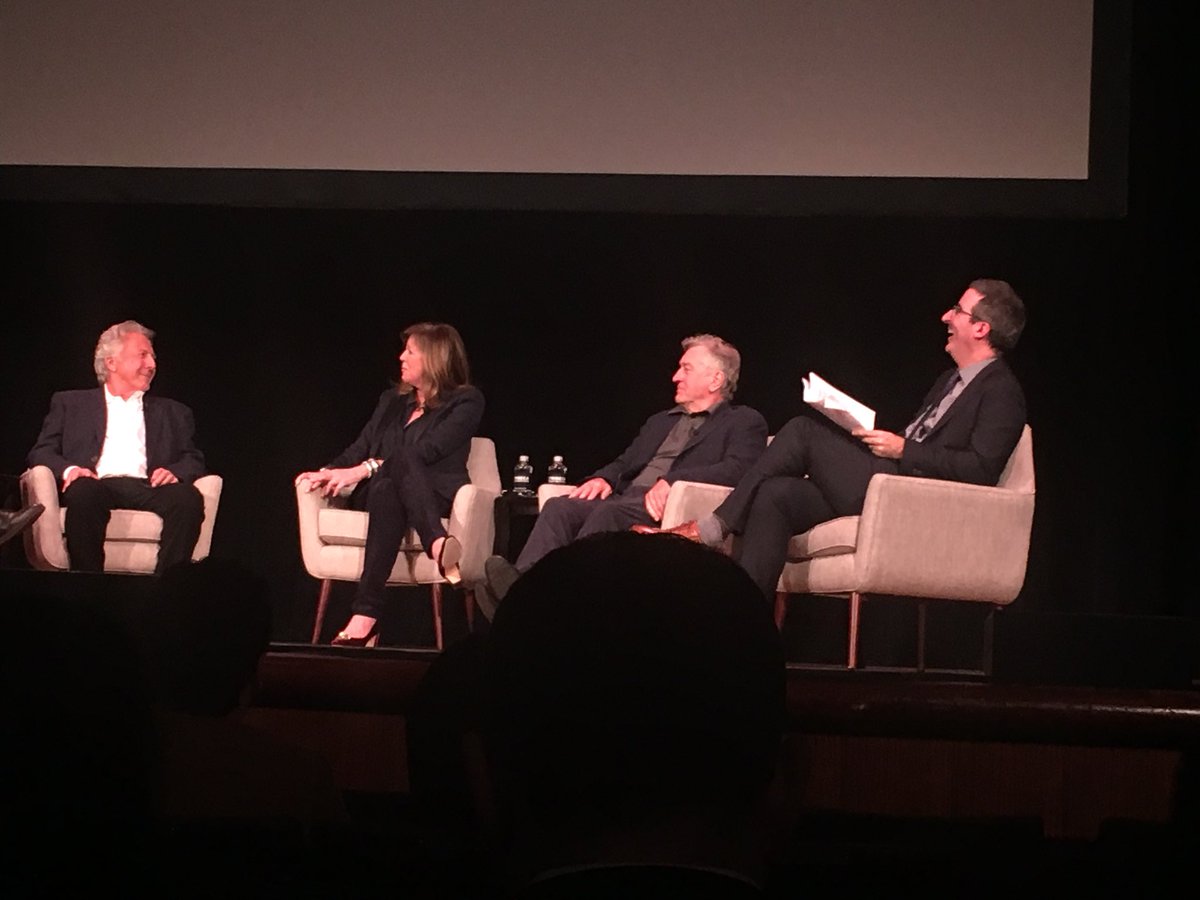 Things got very uncomfortable during a film panel between Last Week Tonight host John Oliver and actor Dustin Hoffman on the subject of sexual harassment that has rocked Hollywood these past few months.

At a screening commemorating the 20th anniversary of the film Wag the Dog, Oliver, who was emceeing the event, confronted Hoffman over allegations that were made against him by a production assistant who worked on the 1985 televised adaptation of Death of a Salesman.

According to Steve Zeitchik of The Washington Post, who documented the exchange via tweets, “all hell broke loose.”

All hell has now broken loose on this Wag The Dog panel. The subject seemed over after seven minutes but Hoffman brought it up again, saying Oliver is not keeping an “open mind” and is unquestionably believing accusers, and a testy five minutes followed.

And now the _ audience _ is arguing volubly back and forth about whether Hoffman is upstanding and Oliver should be asking the questions. Not sure I’ve ever seen anything like it at a screening panel.

Oliver just asked people to stop recording his argument with Hoffman on their phone. “That’s what I hate about the Internet.” But i mean, isn’t that why he brought it up? To have a public conversation?

CBS reporter Laura Podesta snuck a photo of the panel and Hoffman accused Oliver of making an “incredible assumption” about him.

This photo was taken before #92Y panel discussion got v heated; John Oliver asked Dustin Hoffman about the sexual assault allegations against him… Hoffman denied knowing the woman. pic.twitter.com/xihbNt50fM

“You’ve made this incredible assumption about me, sir.” Hoffman said to Oliver. Oliver says it’s something he had to bring it up before we watch the film #wagthedog

In a report from Deadline, there were mixed reactions from the audience.

The audience seemed divided — some in the well-heeled crowd, who had forked over hundreds of dollars to spend the night re-living a Clintonian satire, took offense at Oliver staying on the issue. “Move on!” one person shouted. “He thinks it’s funny,” sputtered one man as he escorted his wife out of the theatre. Others applauded when Oliver expressed his view. “Thank you for believing women!” one woman called out.