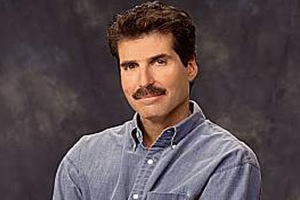 Remember that strange political figure out of Kentucky from a few weeks ago, Rand Paul? It seems that most of the mainstream media has moved on to more pressing issues, like the death of the Gulf of Mexico and the death of (relative) peace in the Middle East, but John Stossel will never forget, because his comments defending Paul launched a movement to get him fired from the Fox News Channel.

Stossel fired back at a number of his detractors, including the organization Color of Change and Media Matters, today in a column called “Fight Bigotry without Government” on Reason, arguing that the movement to get him relieved of his duties at Fox was based in a fear of small government. He starts off with a fairly downtrodden attitude:

“I condemned racism. I said I’d speak out against and boycott a racist’s business. But to some people, I committed heresy. I failed to accept the entire catechism. I didn’t say that we need government to fight racism and prohibit racist policies in private establishments.

For this, they demand that I be fired.”

His self-assumed status as would-be martyr– given he is a fairly outspoken extreme libertarian, it’s hard to imagine this is the first time someone called for him to be fired– fortunately, does not last long (though he does fit another rhetorical “You can’t say that in America?” before the piece is through). He continues, following the logic Rand Paul tried to explain to Rachel Maddow in their now infamous interview that private individuals should be allowed to hold abhorrent beliefs (if you saw that interview, you get the idea). Then he brings out a familiar argument, that banning all segregation would make women’s gyms and gay softball teams illegal:

I just don’t trust government to decide what discrimination is acceptable. Its clumsy fist cannot deter private nonviolent racism without stomping on the rights of individuals. Today, because of government antidiscrimination policy, all-women gyms are sued and forced to admit men, a gay softball team is told it may not reject bisexuals and a Christian wedding photographer is fined thousands of dollars for refusing to take photos of a homosexual wedding.

Without going down the rabbit hole of debating whether or not Stossel’s point is correct, this seems like strange timing to bring back an issue that many on the right were desperate to see die and many innocent bystanders were perplexed to find in their news coverage anyway. Even if he does believe that he had some unfinished business with Media Matters over this, it seems to be the kind of issue that is just better left to die alone. There’s a good chance Rand Paul’s handlers– and Tea Party Strategists– were in some capacity ecstatic to see their candidate replaced as America’s villain with BP CEO Tony Hayward. Why Stossel is reviving a non-issue, and probably something that didn’t do all that much to jeopardize his employment, is, at the very least, unexpected.