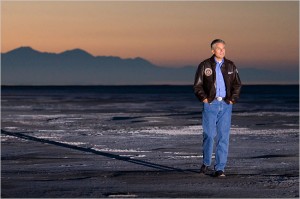 Newt Gingrich, Jon Huntsman, Michele Bachmann, and Rick Santorum have already pulled out of the Nevada caucuses, but Huntsman took it a step further on Friday, announcing that he was pulling out of the CNN-televised Republican debate scheduled for Tuesday. The reason for all the silver state hate? Nevada has thrown the primary season into disarray by moving their caucus up to Jan. 14. This set off a domino effect, with New Hampshire, because of a state law, forced to schedule their primary a week before the next, giving them a temporary date of Jan. 7. But because Iowa holds their caucuses just days before, on Jan. 3, New Hampshire’s impact on the national stage would be mitigated. So New Hampshire is now consider holding their primary in December.

Basically, Nevada is screwing things up for a lot of people. Huntsman’s skipping of the Nevada caucus isn’t a huge deal from a tactical standpoint — Mitt Romney is expected to win — but his boycotting of the debate is a gamble that could either make him irrelevant or pay off in a huge way. And chances are, it will be the latter. He’s lost in a sea of four other candidates skipping the caucus, but he’s the only one (so far) bailing on the debate. Yes, he’ll lose face time on CNN, but he gains an entire day, if not more, of headlines for making such a stand, he curries much-needed favor in New Hampshire by standing up for them, and he shows some leadership quality in trying to rally the other candidates to the cause. It’s not insane to think that this could be the point that makes people take notice of Huntsman as a viable candidate. Herman Cain, now a front-runner, had just 5% support in August polls. Perhaps Huntsman can enjoy a similar momentum boost from this decision.

Hunstman’s boycott also highlights a problem that is raging out of control: states not respecting the order of things. In 2008, Michigan and Florida were stripped of their Democratic delegates when they moved up primary dates against the wishes of the DNC. Reid Wilson of the National Postsays that the problem seems to be getting worse:

“Despite the best efforts of both the RNC and DNC, the 2012 calendar remains in largely the same situation as the 2008 calendar, with a host of states rushing toward the front of the line, disrupting holidays and threatening to bleed over into the previous year. The harsh threats of stiff sanctions against wayward states have deterred no one.”

Will we already have a New Hampshire winner by Christmas? Possibly. But if more candidates follow Hunstman’s lead and jump ship from Tuesday’s debate, things will at least get a lot more interesting before the date rolls around.