Journalists Bash PolitiFact For New Reader Advocate: A Politician Who Once Threatened a Reporter [UPDATED]

Journalists Bash PolitiFact For New Reader Advocate: A Politician Who Once Threatened a Reporter [UPDATED] 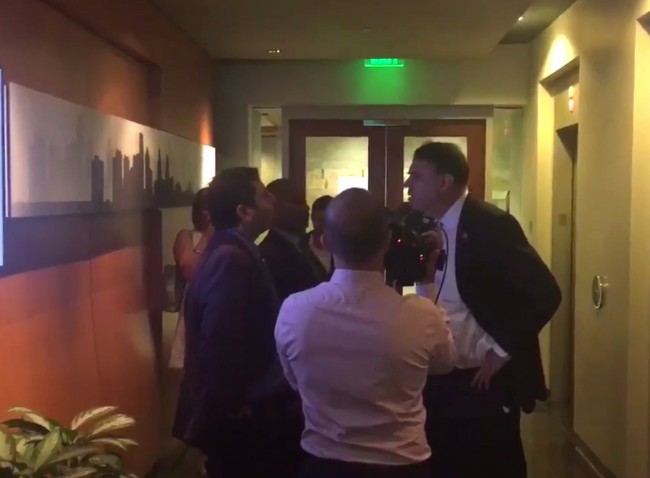 Earlier today, fact-checking site PolitiFact announced that they were trying out a new experiment. Stating that this experiment will initially run until the end of April, the site added ex-Republican Congressman David Jolly and former Democratic Congressman Alan Grayson as their first-ever reader advocates.

While PolitiFact seemed especially proud of itself for bringing on the two former lawmakers to help critique their fact-checks, journalists and reporters weren’t nearly as impressed. Why? Well, it could have something to do with that a little 2016 incident in which Grayson threatened to have a Politico reporter arrested.

Below is just a sampling of media members tearing into PolitiFact:

is this a joke? Alan Grayson harassed my colleague @IsaacDovere after i wrote a story with @BresPolitico and @MarcACaputo about allegations of domestic abuse. https://t.co/RkipNxtQgB

Alan Grayson was accused of domestic abuse and then menaced a reporter for the outlet that reported it https://t.co/b05Fk50QDEhttps://t.co/CwecbyaYvE

A fact-checking outfit hiring Alan Grayson is like a church hiring Charlie Sheen to run their youth group. https://t.co/v1zsoEgk69

.@Politifact has secured the services of former Dem. Rep. Alan Grayson as one of two reader reps. https://t.co/3JYk0zH8iU Gray Yet Grayson once threatened to have a @politico reporter arrested. Statement from P-Fact’s Aaron Sharockman: pic.twitter.com/HFvPyw2VCv

This is an unreal, clueless, and tone-deaf response from @PolitiFact over their inexplicable decision to hire Alan Grayson as a *fact-checker* https://t.co/IysBM44Yjq

Journalist Yashar Ali made sure to tweet out a video of Grayson threatening the reporter while calling PolitiFact’s decision “shameful.”

Here is former Congressman @AlanGrayson threatening to have Politico’s @IsaacDovere arrested… @PolitiFact has just announced that they’re bringing Grayson on to “serve as reader advocate for PolitiFact…critiquing our work and publishing on https://t.co/8q55Id18Vr“

The reporter that Grayson threatened, Edward-Isaac Dovere, had this to say today:

fun fact: @AlanGrayson never made even a show of apologizing for pushing me or lying about it

It looks like PolitiFact was paying attention to this burgeoning scandal. The site has dumped Grayson, releasing a statement on the matter via Twitter.

We sought out a Democrat and Republican to critique our work in order to try to improve the trust and credibility in fact-checking and PolitiFact. It has become clear our choice of Alan Grayson did not meet that threshold to many. pic.twitter.com/uJuoHhiObI