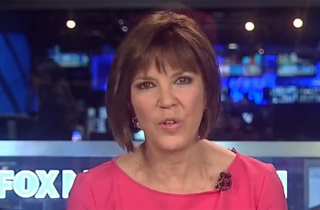 Judith Miller, the New York Times reporter whose career was effectively ended after her reporting on WMDs in Iraq was essentially discredited, published a blunt essay today in the Wall Street Journal starting thusly: “I took America to war in Iraq. It was all me.”

By that, Miller explains, she means that contrary to the popular narrative about the Iraq War, the Bush Administration did not deliberately try to hoodwink America into supporting the invasion and overthrow of Saddam Hussein. “There was no shortage of mistakes about Iraq, and I made my share of them,” she admitted. “The newsworthy claims of some of my prewar WMD stories were wrong. But so is the enduring, pernicious accusation that the Bush administration fabricated WMD intelligence to take the country to war.”

Back in 2004, Miller published a series of articles making the case that Saddam Hussein was creating weapons of mass destruction in Iraq, articles that were eventually cited by the Bush administration to convince the American public that an invasion of Iraq was necessary to national security. It eventually emerged that Miller’s stories had largely been sourced from Ahmed Chalabi, an Iraqi politician whose claims were wholly discredited.

While Miller took some responsibility for her misreporting (though she never specifically said what articles were specifically misreported), she wants to get one thing straight:

I have never met George W. Bush. I never discussed the war with Dick Cheney until the winter of 2012, years after he had left office and I had left the Times. I wish I could have interviewed senior officials before the war about the role that WMDs played in the decision to invade Iraq. The White House’s passion for secrecy and aversion to the media made that unlikely. Less senior officials were of help as sources, but they didn’t make the decisions.

No senior official spoon-fed me a line about WMD. That would have been so much easier than uncovering classified information that officials can be jailed for disclosing. My sources were the same counterterrorism, arms-control and Middle East analysts on whom I had relied for my stories about Osama bin Laden and al Qaeda’s growing threat to America—a series published eight months before 9/11 for which the Times staff, including me, won a Pulitzer.

She did point out that she kind of got one thing right — “Years would pass before U.S. soldiers found remnants of some 5,000 inoperable chemical munitions made before the first Gulf War that Saddam claimed to have destroyed” — but other than that, she hoped that people would stop trying to blame the Iraq War on a duplicitous administration coaxing an inexperienced president to war.