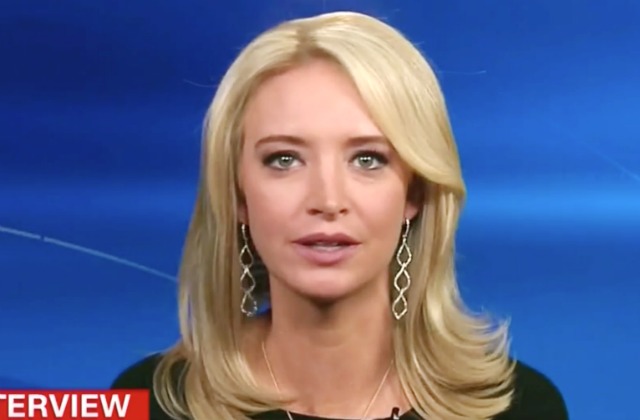 CNN commentator Kayleigh McEnany tweeted this morning that she’s leaving the network and moving on to another role:

While I have enjoyed my time at CNN, I will be moving to a new role. Stay tuned next week!

And in case there was any doubt, her Twitter bio now reads “Former @CNN Commentator.”

McEnany, who’s currently working on a book, has not been appearing on the network as much recently, but just last month she and Sally Kohn got heated over President Trump‘s anti-CNN video that set off a media firestorm.

Mediaite has reached out to CNN for comment and will update as soon as we hear back.