‘Keep Your Knickers On’: Radio Host Apologizes for Rape Advice to Women 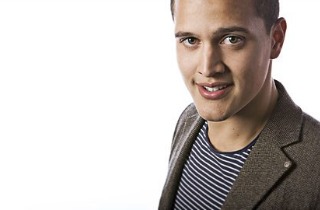 BBC radio host Nick Conrad apologized today for some controversial comments he made about rape and advice he gave to women on how to avoid such situations like “keep your knickers on.”

Conrad argued that men generally get “whipped up into a bit of a storm” and women should be “more aware of a man’s sexual desire” so they don’t get themselves in such situations. Or, as he phrased it, “If you give him all the signals and then he acts upon them, then you are partially responsible.”

Conrad was discussing the case of footballer and convicted rapist Ched Evans, who was released from jail last month.

“When a man’s given certain signals, he’ll wish to act upon them. And if you don’t wish to give out the wrong signals, it’s best probably to keep your knickers on and not get into bed with him.”

Conrad had repeatedly emphasized he wants to be careful with his words so as not to offend anyone, but his comments set a lot of people off; so much so that the BBC issued a statement emphasizing that he is very sorry for those remarks.

Conrad isn’t the only media figure getting heat for talking about the onus upon women in such scenarios, CNN’s Don Lemon came under intense fire for asking one of Bill Cosby‘s accusers last night why she didn’t bite his penis. Lemon, of course, apologized.

You can listen to Conrad’s remarks here, via BBC Radio Norfolk: