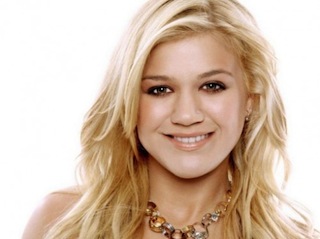 One of the most important parts of a great pop song (besides being catchy), is universality. To reach the masses, a song has to be something that everyone can relate to and agree with. You know what’s the opposite of that? Politics. That’s what the singer Kelly Clarkson learned last night. After she endorsed Ron Paul on Twitter, a large number of her fans let loose with a surprising torrent of anger.

Our good friends over at Gossip Cop caught the whole kerfuffle earlier this morning. It all started when Clarkson tweeted that, were Paul to get the nomination, he’d have her vote:

“I love Ron Paul. I liked him a lot during the last republican nomination and no one gave him a chance. If he wins the nomination for the Republican party in 2012 he’s got my vote. Too bad he probably won’t.”

At first she was responding to fans’ concerns over Paul’s foreign policy, but things got heated quickly once people started accusing Paul of being a racist and homophobe, charges Clarkson said were new to her.

Clarkson tried to defend her stance, telling some fans that she “respected [their] opinion,” but it was clear she was getting frustrated with the fury she unleashed. Later in the night, she tweeted two longer statements:

“I am really sorry if I have offended anyone. Obviously that was not my intent. I do not support racism. I support gay rights, straight rights, women’s rights, men’s rights, white/black/purple/orange rights. I like Ron Paul because he believes in less government and letting the people (all of us) make the decisions and mold our country. That is all. Out of all of the Republican nominees, he’s my favorite.”

“Man my eyes have been opened to so much hate tonight. If y’all ever disagree with something I say please don’t feel the need to attack me. I will listen to what you say and any articles or viewpoints you have when you say it with respect. Being hateful is not a healthy way to get people to see or hear you. I was raised to respect people and their decisions and beliefs and I hope you will grant me the same decency. If you don’t agree with me simply unfollow me. It’s really that easy. I hope you don’t because I would love the chance to hear what you have to say but if you’re so blinded by hate you can’t seek peace and progress then that is your unfortunate prerogative.”