As Kellyanne Conway is reportedly being considered for communications director, her husband is back at it with the rogue tweeting.

George Conway noticed President Donald Trump‘s fury on Tuesday morning after the president declared that “attorney-client privilege is dead” in light of the FBI’s raid on Michael Cohen. How did Conway respond? Well the conservative lawyer shared a section of the Department of Justice’s manual for obtaining search warrants on an attorney.

The legal segment Conway highlighted states that law enforcement can obtain search warrants to investigate an attorney who is “a subject of an investigation, and who also is or may be engaged in the practice of law on behalf of clients.” The manual says these warrants would not necessarily violate attorney-client privilege, though there are various guidelines for how the warrants have to be obtained.

Conway also retweeted this headline from the days when Richard Nixon cried “witch hunt” as the Watergate scandal started to come into full blossom. 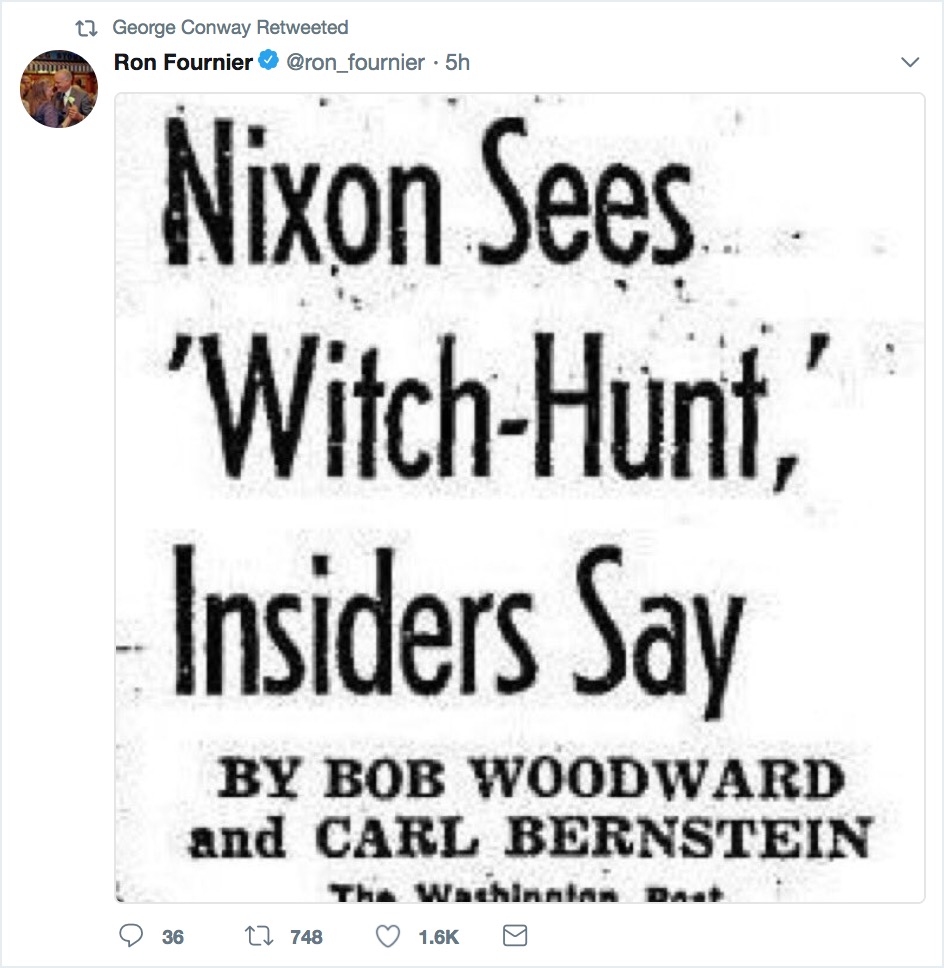 Conway is not the only legal expert fact-checking Trump for his morning tweets: Mediaite founder Dan Abrams and former NJ Governor Chris Christie took the president’s assertions to task on Good Morning America as well.

Mr. Conway’s Twitter account has interested online political observers for some time, mostly because of several statements of his that demonstrably oppose Trump or his administration. Conway deleted several of his anti-Trump tweets last month and insisted it wasn’t for any particular reason, though his wife was being considered for the Communications Director job at the time.

UPDATE 12:19 p.m. EST: George Conway, who will be sleeping on the couch tonight, is still at it: 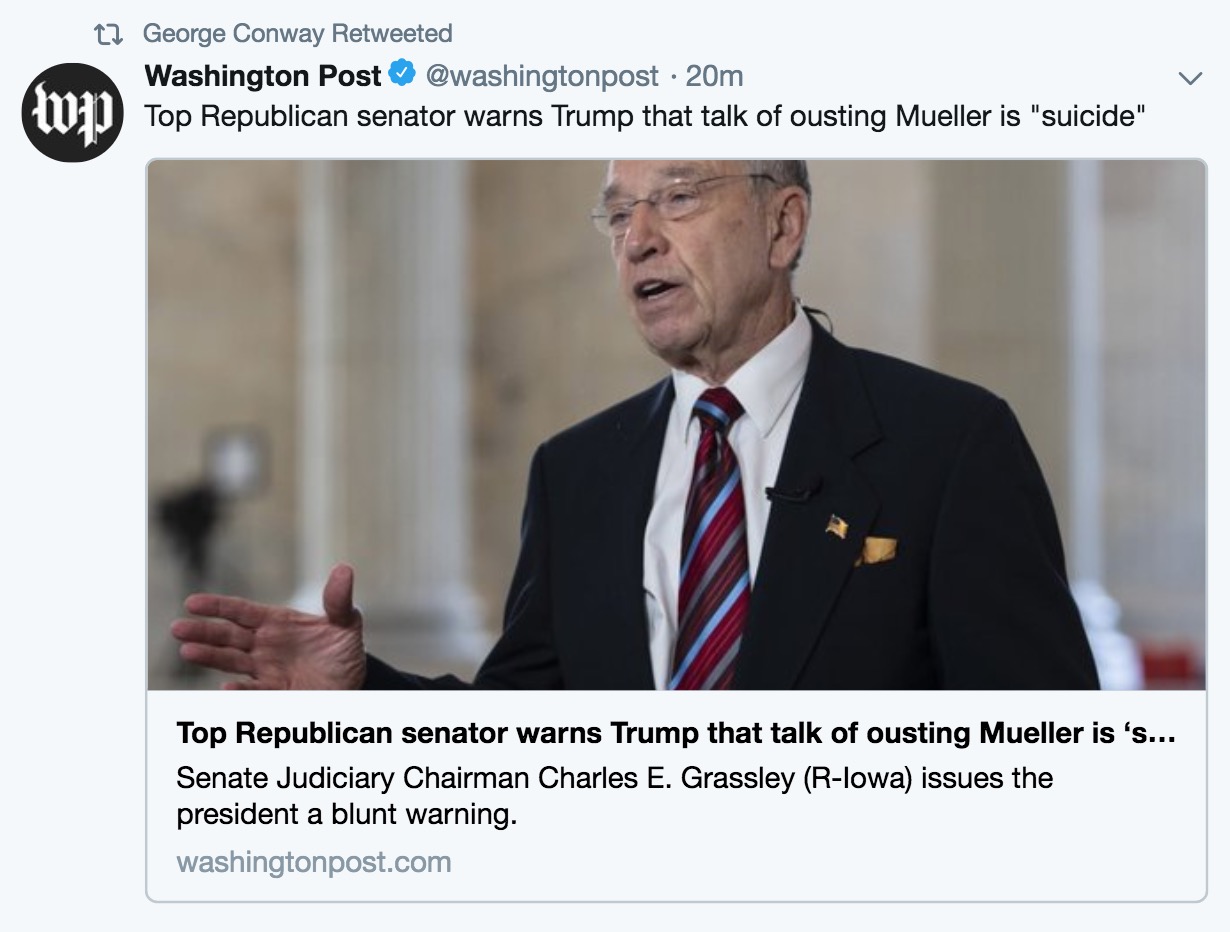