Fox’s Kirsten Powers: Getting Out of ‘Liberal Bubble’ Has Been Good for Me 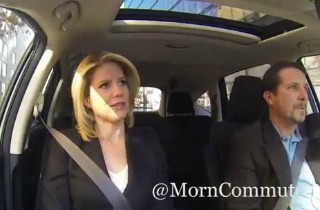 Fox News Channel contributor and The Daily Beast columnist Kirsten Powers recently joined Real Clear Politics’ Washington Bureau Chief Carl Cannon as part of their series of interviews with newsmakers, “Morning Commute.” Powers told Cannon that she believes working at Fox News has been “good” for her because it provides her with a new perspective on issues and allows her to escape the “liberal bubble.”

Cannon began by asking Powers how she is treated by her Fox colleagues. He recalled that New York Times’ conservative columnist David Brooks was not well-received when he first started writing for the Times and asked if Powers had encountered a similar experience.

“People are really nice at Fox,” Powers revealed. “It’s been good for because I – before that, I lived in a real liberal bubble.”

“All my friends were liberals and I grew up in a really liberal family,” she continued. “I had a lot of ideas about conservatives and then I got to Fox and just, I was like, ‘Oh, they’re not all evil and stupid.’”

Powers disclosed that she does, however, get grief from her fellow liberals for being a Fox contributor. “If they see me defending [President Barack] Obama, then they think it’s great,” she said. “But if they see me say something critical then they get mad.”

Watch the interview below via Real Clear Politics: