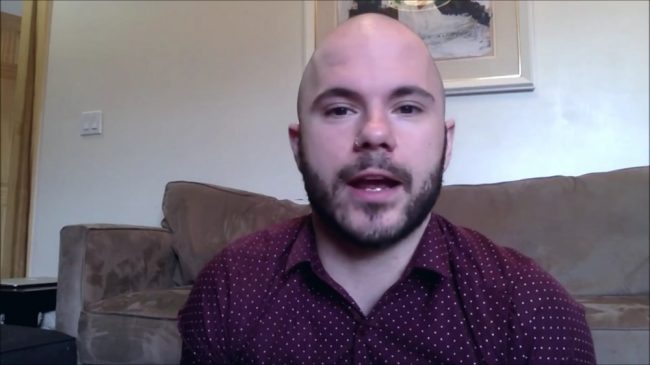 Nico Lang called on LGBT people to leave the Republican Party in a Friday Op-Ed in the Los Angeles Times. The self-described “queer” writer contended that “in the face of an unprecedented assault on the LGBT community’s rights and safety,” LGBT Republicans were “fighting a losing battle” against “political extremists” in the GOP.

Lang recommended one course of action for right-leaning LGBT people: “The only way to change the Republican Party is to leave it.”

While the left-wing writer did mention Caitlyn Jenner’s support for President Donald Trump, he glossed over other high-profile LGBT backers of the billionaire — including Milo Yiannopoulos, Gateway Pundit‘s Jim Hoft, and Richard Grenell — who is reported to be Trump’s pick for NATO ambassador.

President Trump is also on the record as supporting the legalization of same-sex “marriage,” which went unmentioned by the author. Instead, he spotlighted examples of the White House’s supposed “platform that could set the [LGBT] community back decades.”

Lang made it clear he was very concerned about the electoral chances of Democrats, and pointed out that the 25 to 33 percent of the LGBT community that vote Republican was “enough to tip the scales in a close race.”

LGBT conservatives might seem like a niche demographic, but there are a lot more of them than you think. In 2008, 27 percent of LGBT people cast a ballot for John McCain over Barack Obama. Two years later, that number was even higher. During the 2010 midterms, a historic 31 percent of LGBT voters went red. That protest vote, largely in response to Obama’s perceived lukewarm stance on LGBT rights, had critical consequences. It was the election in which the Tea Party took control of the House, pushing the right-wing toward the extremist populism that now dominates the GOP.

The political motivation also emerged near the end of his op-ed: “In 2018, the LGBT community will be called upon in yet another crucial midterm, one that will act as a referendum on policies that have already negatively impacted queer people.”