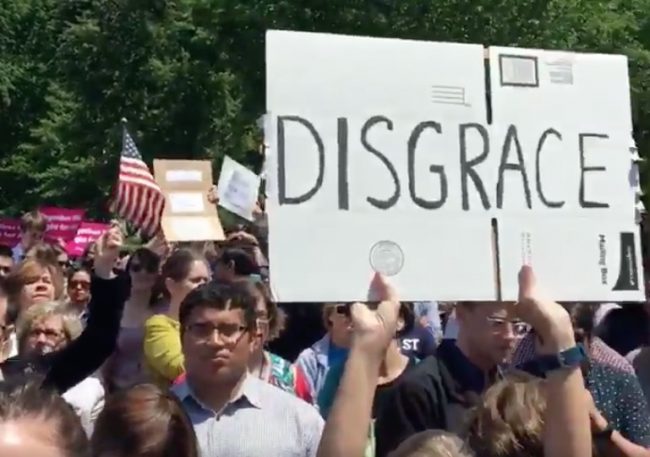 Thanks to Twitter, we can see exactly what is going on as it’s happening. Today, we get to see a protest that is taking place outside the White House, where Donald Trump just met with Russian Minister of Foreign Affairs Sergey Lavrov.

The crowd is mostly forming because Americans want to protest the firing of FBI director James Comey, who was helming the investigation into Trump’s possible Russian ties. The protesters, like many others, are demanding a special prosecutor be assigned.

Crowd starting to amass in front of the White House. pic.twitter.com/mueF0Np75p

If you can’t be here, call your members of Congress and demand an independent special prosecutor.

Crowd rallying at the White House for #ComeyFiring & chanting YATES–big turnout despite being planned a few hours ago #resist pic.twitter.com/60xa3KP0L8

Crowd outside the White House around 12:30 pm pic.twitter.com/ARd75xMN3Z

At White House with @Sojourners where a crowd is growing, protesting and calling for a special prosecutor. pic.twitter.com/4w9PWJnBNj