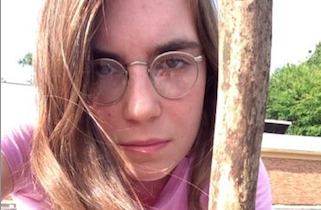 Grace Dunham, the younger sister of Girls creator and star Lena Dunham, is speaking out on accusations made by the National Review’s Kevin D. Williamson that a passage in the actor’s new book, Not That Kind of Girl: A Young Woman Tells You What She’s “Learned”

While Lena Dunham went into a self-described “rage spiral” on Twitter, denouncing the “right-wing” news site’s “fucking upsetting and disgusting” characterization of her actions as a child, Grace Dunham took a more subtle approach to addressing the issue:

heteronormativity deems certain behaviours harmful, and others "normal"; the state and media are always invested in maintaining that

As a queer person: i'm committed to people narrating their own experiences, determining for themselves what has and has not been harmful

2day, like every other day, is a good day to think about how we police the sexualities of young women, queer, and trans people

In the book, Lena Dunham describes an incident during her childhood in which she leaned down between her sister’s legs and “carefully spread open her vagina,” saying the behavior did not alarm her mother and was “within the spectrum of things I did.” At another point, she writes that she would try to bribe her sister with candy for a kiss on the lips, joking that “anything a sexual predator might do to woo a small suburban girl I was trying.”

In Williamson’s telling, this “sexual abuse, specifically, of her younger sister, Grace” is “the sort of thing that gets children taken away from non-millionaire families without Andover pedigrees and Manhattanite social connections.”