Madonna Responds To Hydrangeas Meme: ‘It’s A Free Country! So F**k You, I Like Roses!’ 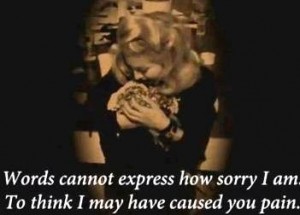 In case you haven’t heard (and, unless you also spend your days slowly wandering the winding, darkened halls of the Internet, there’s no real reason you should have), Madonna had a pretty cruddy time at the Venice Film Festival. First, the reaction to her film, W.E., was…not great. Then there was the whole hydrangeas incident as video seemed to catch the star rudely trashing the present some fan stupidly gave her (a true fan knows an artist’s plant tastes, duh!). That video soon became a fairly large Internet meme. Large enough, at least, that Madonna has felt the need to respond, doing so in typical Madonna fashion.

Well, not entirely typical. There are no phony accents involved.

The video, filmed in the style of an old silent film for reasons that aren’t abundantly clear (God, I can’t wait to see W.E.!), shows the singer appearing to apologize to a bouquet of flowers before whirling around and stomping them. It’s actually kind of hilarious and sure to be fun for old school Madonna fans. It’s Madonna proving that she can like any damn flower she wants, thank you very much, and, if you don’t like it, then you can go straight to heck. Madonna’s an institution! She doesn’t need to apologize to a flower!

Of course, some will still be left wondering if she plans on apologizing to the poor sap who gave her the gift in the first place…