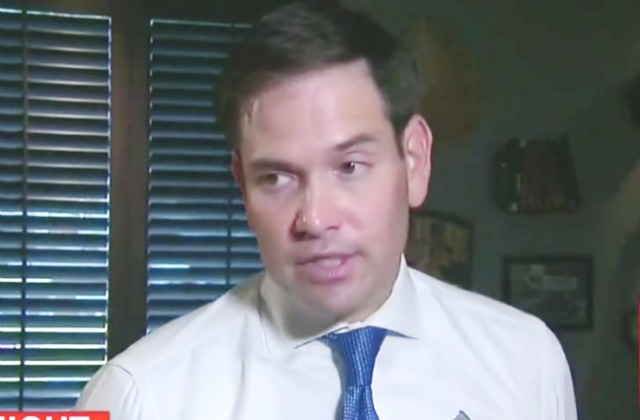 I hope everyone will respect this powerful plea from Seth Rich’s parents to stop politicizing their son’s murder. https://t.co/NQs3FXBzPT

Rich’s parents describe what a “nightmare” this has all been for their family:

Seth’s death has been turned into a political football. Every day we wake up to new headlines, new lies, new factual errors, new people approaching us to take advantage of us and Seth’s legacy. It just won’t stop. The amount of pain and anguish this has caused us is unbearable. With every conspiratorial flare-up, we are forced to relive Seth’s murder and a small piece of us dies as more of Seth’s memory is torn away from us.

After reading that, Sean Hannity––who has been pushing this conspiracy even after his own network retracted their story––said he would not be “discussing the matter at this time,” but he later tweeted this:

Ok TO BE CLEAR, I am closer to the TRUTH than ever. Not only am I not stopping, I am working harder. Updates when available. Stay tuned!

Rubio calling out people (without singling out Hannity) for sharing these conspiracy theories is notable, but unfortunately so is Congressman Blake Farenthold going in, well, the other direction on CNN this morning.