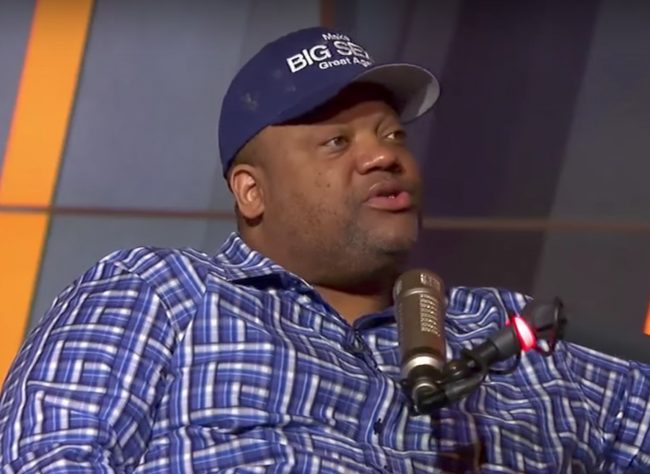 Last week we posted about longtime SportsCenter anchor Linda Cohn, who said in a radio interview that a perceived progressive bias has cut, at least somewhat, into ESPN’s bottom line (despite industry observers being nearly unanimous in their view that escalating and rights fees for live sporting events are more to blame for ESPN’s recent business struggles). Now, another longtime ESPN personality (who is now with Fox Sports) is stating his agreement with Cohn, and going even further.

In an op-ed for the Wall Street Journal, Jason Whitlock believes that ESPN has become too politically correct.

“The channel has become too handcuffed by politics to protect its most experienced and loyal employees,” Whitlock wrote. “It’s a massive symbol of everything that fueled Donald Trump’s bid for the presidency.”

The thesis of Whitlock’s piece is that Deadspin helped force ESPN to become more politically correct on and off the air by publishing a series of pieces alleging lewd conduct by prominent male personalities at the network.

“On the plus side, Deadspin’s exposure helped end ESPN’s sexually charged frat-house atmosphere,” Whitlock wrote. “But it also extinguished the network’s risk-taking culture and infused it with strict obedience to progressive political correctness.”

Whitlock had two stints at ESPN. (He was at the network from 2001-2006 and 2013-2015.) During the latter stretch, Whitlock was tapped to be the editor in chief of The Undefeated, a site which explores the intersections of race, sports and culture. But he was replaced prior to the site’s launch by former Washington Post editor Kevin Merida. He has since become a frequent critic of the network.