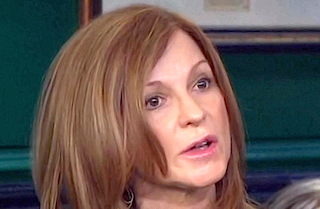 The latest scandal to emerge from the massive cyber-attack on Sony Pictures concerns an email exchange between studio co-chair Amy Pascal and New York Times columnist Maureen Dowd regarding a column published earlier this year about women in Hollywood. But despite what the emails appear to show, Dowd has denied letting Pascal’s husband — and former Times reporter — Bernard Weinraub see the column in advance.

In a statement to Mediaite, which Dowd said she had also provided to Times public editor Margaret Sullivan, she said, “I never showed Bernie [Weinraub] the column in advance or promised to show it.”

“Bernie is an old friend and the Times’ former Hollywood reporter, and he sometimes gives me ideas for entertainment columns,” she explained. “In January, he suggested a column, inspired by a study cited in the L.A. Times, about the state of women in Hollywood. Amy is a friend and I reassured her before our interview that it wasn’t an antagonistic piece. She wasn’t the focus of the story, nor was Sony.”

“I emailed with Bernie and talked to him before I wrote the column in March, getting his perspective on the Hollywood old boys’ club and the progress of women,” Dowd stated. “But I didn’t send him the column beforehand.”

So while Dowd does not deny promising Pascal that the column would not be “antagonistic,” she does say unequivocally that she did not send a copy of it to Weinraub for review. That is despite the email he wrote to her saying, “you cant tell single person that I’m seeing the column before its printed.”

When asked by BuzzFeed, which first broke the story, about the exchange, Weinraub said, “I have no idea what you’re talking about.”