Mayor of Pittsburgh Slams Trump for ‘Pittsburgh Not Paris’ Comment

Mayor of Pittsburgh Slams Trump for ‘Pittsburgh Not Paris’ Comment 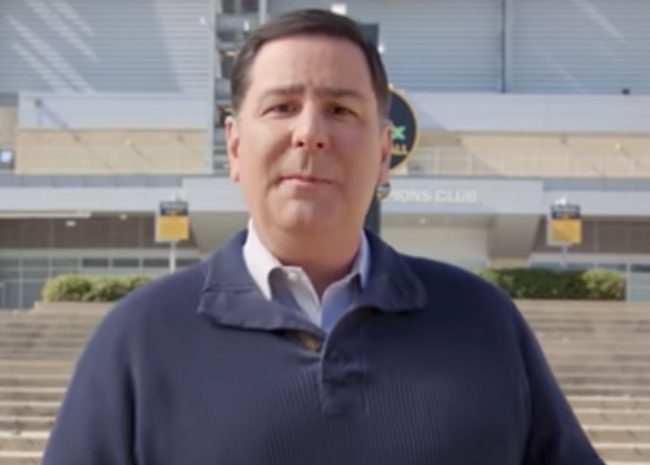 The Mayor of Pittsburgh responded to President Donald Trump‘s speech announcing the withdrawal from the Paris Climate Accord, a global agreement aimed at limiting greenhouse gas emissions.

Seems like everyone is obsessing over that “I was elected by the citizens of Pittsburgh, not Paris,” line that surely Trump thought was so clever, even though the Paris accord has next to nothing to do with the citizens of Paris.

Nevertheless, the Mayor of Pittsburgh, Bill Peduto, took to Twitter to respond to that quip, following a retweet by Sean Spicer.

As the Mayor of Pittsburgh, I can assure you that we will follow the guidelines of the Paris Agreement for our people, our economy & future. https://t.co/3znXGTcd8C

Decent burn. And he preceded that tweet with this gem:

Fact: Hillary Clinton received 80% of the vote in Pittsburgh. Pittsburgh stands with the world & will follow Paris Agreement @HillaryClinton https://t.co/cibJyT7MAK

On behalf of New York City, I will commit to honor the goals of the Paris agreement with an Executive Order in the coming days.

Likewise, Chicago mayor Rahm Emanuel tweeted out a statement about the city’s plan to abide by the emission limitations set forth by the Paris Accord.

As the Trump administration pulls back, Chicago will push forward & reduce our fair share of carbon emissions in line with the #ParisAccord. pic.twitter.com/N1mrVKKWa7