Megyn Kelly on O’Reilly: Some Men Don’t Understand What the Women at Fox Have Been Through
video

Megyn Kelly on O’Reilly: Some Men Don’t Understand What the Women at Fox Have Been Through 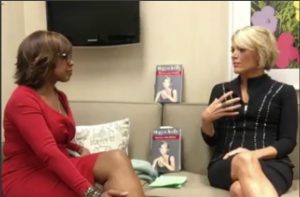 Megyn Kelly discussed her relationship Bill O’Reilly on Friday, which comes after a week of contentious musings they’ve had about each other.

Recently, Kelly has been promoting Settle For More, her new book where she writes about the sexual harassment she experienced from Roger Ailes before his removal from Fox News. As she and O’Reilly gave various media interviews this week, the two of them seemed to be exchanging shade over Kelly’s decision to include the sexual abuse details her book.

During today’s interview with Gayle King on CBSN, Kelly was asked about how things stand between herself and her lead-in.

“I think a lot of men who haven’t been through this don’t understand,” Kelly said. “I hope if he reads [the book], he’ll see the difficulties that the women of this company had in just going to Human Resources or quitting, as he suggested.”

"I hope if he [O'Reilly] reads it, he'll see the difficulties that the women of this company had in 'just going to HR'" — @MegynKelly pic.twitter.com/FbEk4O4j3K

Kelly also said that she had to grapple with whether to come out against Ailes after she was named as one of the women he abused. Kelly said she made her decision after Ailes “lied” about his conduct, and because it was important to point out a “real” problem that affects women in the workplace.

“We had a very bad actor at the top of the company… and he hurt a lot of people here,” Kelly said. “Bill is right that this is a good place to work and it’s full of good, hard-working people, but this other thing did happen.”

Most recently, O’Reilly called Kelly “a very smart, talented woman” who “has a perfect right to write a book and say anything she wants to say.” In that same interview, O’Reilly said “when a network is… going to try and bait me to say bad things about my network, I am not gonna do it.”

Watch above, via CBSN.