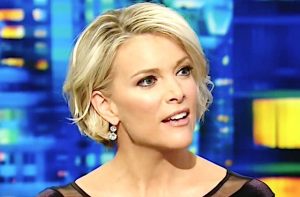 I have made no secret of my utter disdain for what cable “news” has become in the modern/Internet era. However, grading on a rather severe scale due to my pathetically low expectations, I actually like Megyn Kelly.

She’s smart, funny, and, yes, hot. However, she is far from perfect and I have been critical of the way she manipulated her coverage of Donald Trump to her own career advantage, while withholding potentially vital information from her audience and the public domain until after her was elected president so as to better help her book promotion/sales.

Today’s announcement that she is leaving Fox News Channel to go to NBC News is hardly shocking, but it does expose almost everything you need to know about the news media in this post-Trump world which we must now all endure. In short, it’s all showbiz and massive fragmentation is forcing everyone into the safety of their own little bubbles.

First, let’s be clear that this is a promotion for Kelly. She will be making more money and reaching a larger, more diverse audience. However, a big part of why this happened was that a significant portion of the Fox News audience had been “turned off” by her general (though hardly universal) unwillingness to treat Trump as someone who was beyond significant criticism.

The idea that Megyn Kelly, who is clearly right of center politically, could no longer “fit” at Fox News, despite strong ratings, is a pathetic indictment of how far off the cliff Fox News has drifted now that Sean Hannity and Julian Assange are now suddenly best buddies. It is also a testament to how much the audience of political-oriented media content is now “trained” to expect/accept nothing other than “information” which will act as affirmation for whatever it is that they wanted to believe in the first place.

What makes this situation even more amazing is that Kelly is FAR from a “Never Trump” personality and, at times, has been far more complimentary of him than the facts, as well as Trump’s own troubled history with her, would make reasonably acceptable. Fox News watchers having a big problem with Kelly (and many of them do), is like fans of an NFL team calling on a member of their local broadcast crew to be fired because they refused to routinely deny when their team was turning the ball over.

Because of this very troubling phenomenon, I would be shocked if Kelly wasn’t replaced by a fire-breathing female Trump fanatic (Tomi Lahren?). Heck, the formerly rational Tucker Carlson (for whom I used to write), has, in apparent attempt to give Hannity a run for his position as top Trump butt-kisser, suddenly gone “full Trumptard” since taking over a prime-time slot.

It appears that Fox News is now taking the approach of a modern music radio station, where almost every program must play the same very limited number of “hit” songs within an extremely focused genre of content. The idea is to make sure that the core audience is never challenged or offended, and that way, especially when there are either enough attractive women, or videos of Trump, on the screen at all times, no one will ever turn them off (until, of course, the aging demographic they are targeting dies off).

As for NBC, ironically, they are getting not just a talented star with enough anti-Trump street cred to not offend their liberal-leaning audience, but they are also adding a voice which may make some “sane” conservatives (there are still a few of us left out here) feel more comfortable with an outlet which many on the right understandably see as an overt enemy. I have no idea if she will be worth the price they will pay for her, but I do think that there is a good chance that she ends up bringing the sliver of a real audience with her to the peacock network.

As for news in general, the overall impact of this will be mostly negative. Rewarding “news” people with big contracts and more exposure largely because they inserted themselves into a presidential election in a way that was not consistent with basic journalistic standards will, as if there weren’t far too many of them already, set yet another horrible precedent for the entire industry.

Much like what happens to a reality show when the producers make it clear that you can end up with a better gig on the next season if you “lose” in a compelling/controversial manner, I would expect that lots of “journalists” will be very tempted to follow Kelly’s troubling path to superstardom. Of course, since we are now in the “post-Trump” era, it sadly makes perfect sense for the news media to take on even more of the qualities of a reality TV show than ever before.